It was all about tactics in stage three of Grand Prix Udmurtskaya Pravda, 168 km Izhevsk to Buranovo and back. There were two early attacks, the second one spearheaded by RusVelo rider Ivan Balykin, resulting in an escape of the day with a maximum gap of about three minutes which lasted until 5 km to go. When the breakaway was almost caught by the peloton, Balykin went for it alone but was chased down with some 2 km left in the stage. The final stretch was highly technical, there were a couple of crashes which caused the splits in the pack. Sergey Nikolaev of Itera-Katusha won the sprint; Timofey Kritskiy came in 7th at the same time and held on to the yellow jersey. Ivan Balykin collected 10 points and went to the top of the king of the mountains classification. 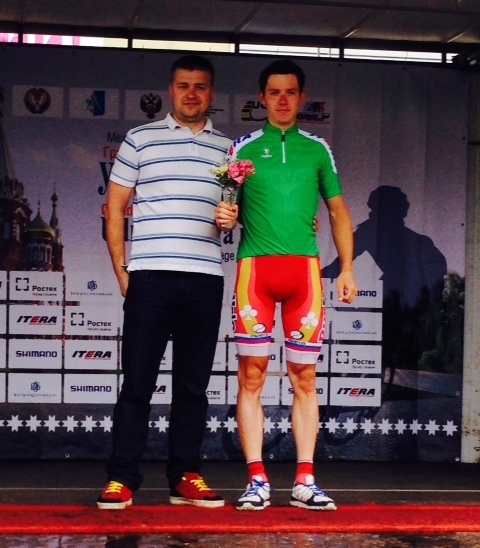 RusVelo DS Alexander Efimkin said:
“We passed Buranovo, but somehow missed a chance of listening to the local grannies who took the Eurovision contest podium. Well, seriously speaking it was a potentially nervous stage with some roller coaster profile, but the guys were in control again. There was a dangerous move at the beginning, as Maxium Pokidov, Timofey Kritskiy’s closest chaser in the general classification, managed to ride away. We sent Ivan up the road and he did an excellent job, winning all but one intermediate sprints, taking the bonus seconds ahead of Pokidov and collecting enough points to put on the green jersey. Closer to the line RusVelo’s train gave quite a pull and chased the escapees down; there was not enough energy left after that to contest the stage, but for the most part it was mission accomplished.” 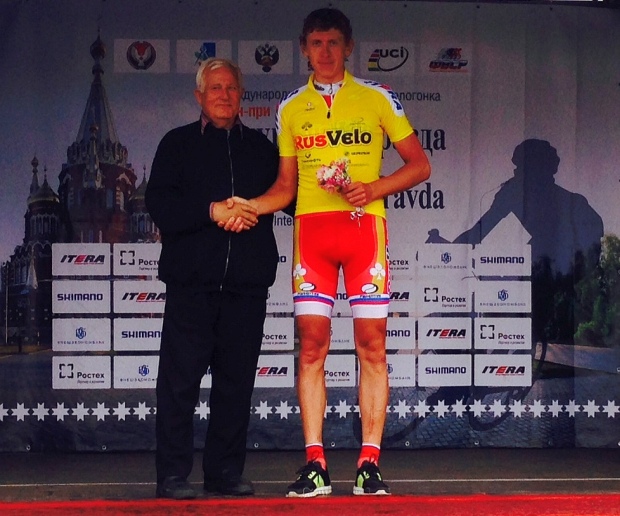