RusVelo rider Ivan Balykin won stage 2 of the 25th Baltic Chain Tour in a two-man sprint against the Austrian Martin Weiss (Tyrol Cycling Team). The 157 km-long hilly course between the Latvian capital Riga and the resort town of Sigulda included one categorized climb. The first half of the race was marked by extremely high speeds reaching an average of 50 km/h; yet a break of the day soon formed. First, it consisted of four riders, and then Balykin bridged over to them. At the bottom of the KOM sprint the Russian rider attacked, with just one of his escape companions managing to hang on to his wheel. Ivan won the three KOM points and stayed in front with Martin Weiss the next 35 km to the finish. It was the first win of the season for the young RusVelo rider. 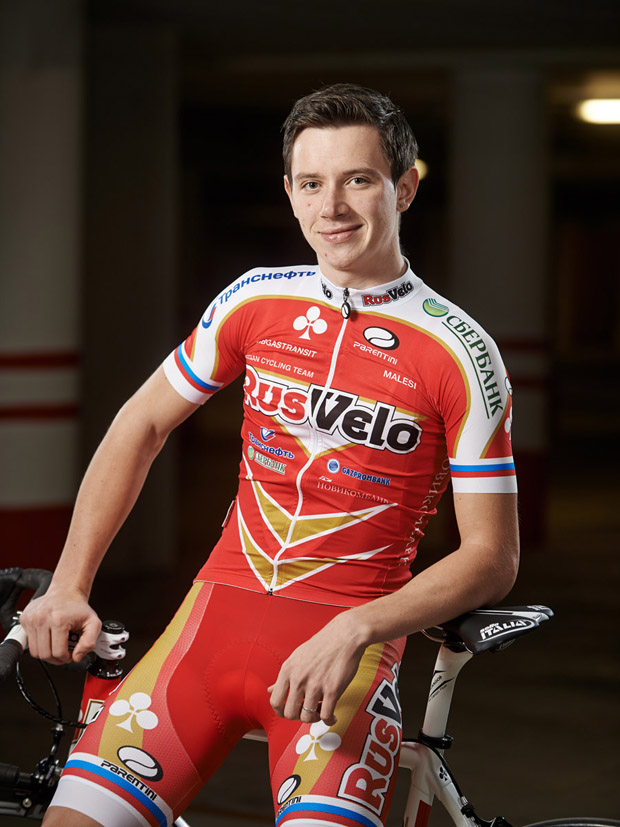 Ivan Balykin said:
“No matter how fast the opening 70 km were, four guys went clear of the bunch, and I joined them soon. You can’t call it a nice day in August, with the temperature around +13, rain and wind; but we were not ready to give up. Fortunately, the knee pain, which affected my performance yesterday, today was almost gone. After a puncture one of our companions got dropped and never came back. The mountain prize was contested on the top of the hardest climb in Latvia, at least we were told that. You have to take into consideration the fact that Latvia is a flat country, so it wasn’t long, but definitely steep, around 10%, which was enough to make a selection. We worked well with the Austrian when we left the rest of our breakaway, but when I looked back about 1 km to go, I saw a chasing pack coming in on us, but luckily the gap was big enough not to get closed”.