After precisely two decades of fantastic performance, ground breaking design and unrivaled craftsmanship, the Venta model celebrates its 20th year. Basso is proud to celebrate this specific model’s glorious past and present by introducing a completely new design that is as technically sound as it is beautiful. The new model, available in both rim and disc brake versions, is the first model that follows a new design principle for Basso that offers a stronger family feeling and more coherence in terms of design between all models, regardless of their position within the range. As a result, the new Venta incorporates both design and performance elements that derive from the pinnacle of the range and incorporate them into a package that is accessible to a wider range of cyclists. 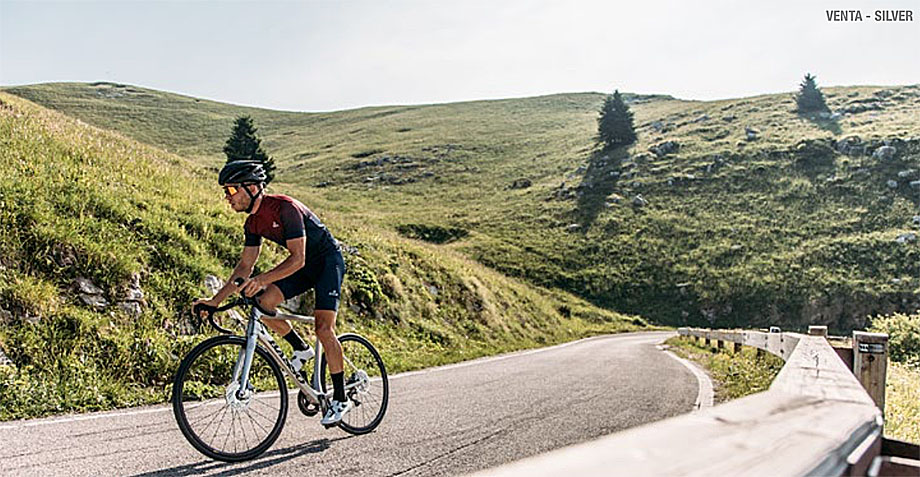 The 20th anniversary Venta model blends head turning and function driven design with performance that makes it a more than capable race ready steed. Sleek lines and minimalist graphics make sure that this frame perhaps one of the most elegant within its segment. While aesthetics go a long way into defining the beauty of the Venta model it is the craftsmanship that sets this frame apart from its competition. Made by hand, in Italy, by Basso and with the same extreme attention to quality and detail used to make the most premium frames in the range, the Venta represents a fantastic value proposition. Made to race, made to last, the Venta is built to give lasting performance for years to come. It’s beautiful shape and construction meet with advanced features, generally reserved for higher tier offerings, thus making for an even more interesting offer. Internal cable routing and integrated seat post clamp make for a clean aesthetic while the oversized bottom bracket and reinforced head tube junction make for an extremely reactive construction. 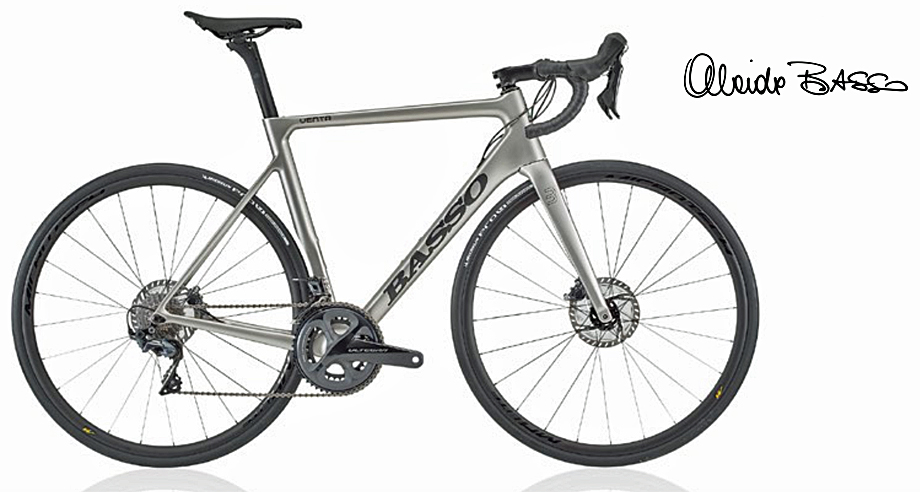 The injection of premium performance aspects into the most democratically priced offering in the Basso range goes far towards restoring a great deal of the prestige and technology associated with the first Venta models. Introduced in the year 2000, the first Venta came to life during a period when carbon fiber road frames were still semi-rare and almost always round tube construction. The Venta wasn’t innovative merely for being made of carbon during the transitional era of the material, but rather because of the Avant Garde nature of its form, design and performance. Wildly different from anything else available it represented extreme design in addition to structural efficiency to make it both aerodynamic and reactive. It was a perfect example of the Basso Bikes mission to create products that are beautifully functional and functionally beautiful. Every detail was scrutinized, from cable routing, to brake placement to seat tube design…in order to make a bike well ahead of its time. As groundbreaking as the frame’s structure was the paintwork wasjust as revolutionary. The original Venta’s special color scheme was not merely paint but rather a special treatment of the carbon composite that lead to a near mirror finish. 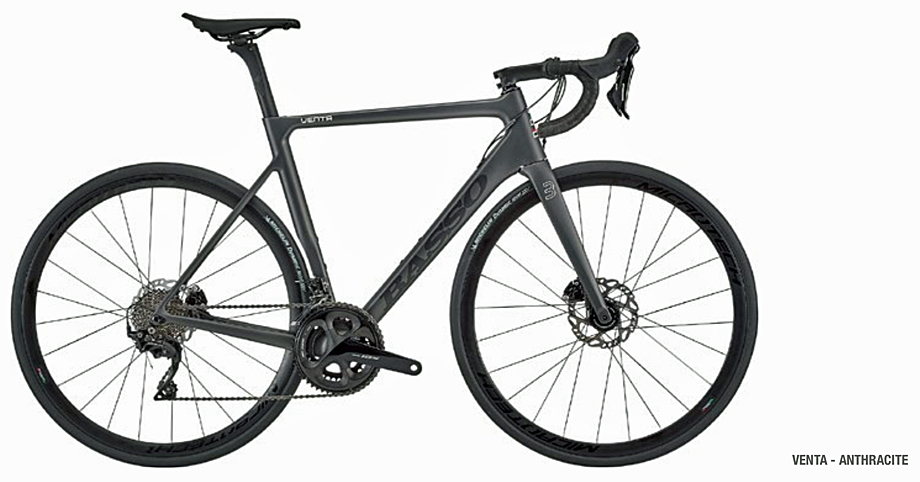 Fast forward 20 years later and the Venta continues to represent fantastic craftsmanship, design and performance. Available in Anthracite, Silver and Purple Label standard colorways that carry on the tradition from the groundbraking paintwork seen on the very first model.

The Venta, even after 20 years continues to represent the fantastic design premise of the original model. The latest version is a testament to the fact that impeccable craftsmanship, performance and design, built to race and built to last are qualities found throughout the entire range of Basso Bikes, no matter their price point.