Team Dimension Data for Qhubeka worked tirelessly throughout the stage to set up Edvald “The Boss” Basson Hagen for the stage win. The Boss beat Lars Boom (LottoNL-Jumbo) and August Jensen (Team Coop), and is now second in the overall GC standings.

The third stage of the Tour des Fjords ran from Odda to Kopervik, and covered 180km. Luckily, the teams were greeted by sunshine, in comparison to the cold and wet days they have faced over the first two stages. There were early attacks in the day, and an early break of five managed to get away. The peloton, with our team helping to set the pace, never offered them more than a five minute lead throughout the day. The break was reduced to four, with Nick van der Lijke (Roompot–Nederlandse Loterij) dropping to the peloton.

Adrian Niyonshuti worked hard for our African team for the better part of today’s stage before Jay Thomson, Jaco Venter and Serge Pauwels took over for the finale. Within 10 km to go, the break had a 30 second lead. The peloton made its final surge with our African Team at the helm and the four riders were caught with 2km to go. The team was excellent in setting-up the sprint finish for Basson Hagen, who sprinted to a fantastic win, despite the technical finish. Youcef Reguigui finished in a strong 10th place for us after holding his speed from a good leadout.

Edvald Basson Hagen
“It is really nice to have taking the win. The team was riding really well today and they worked hard to bring it down to a sprint final. It was a really technical final so I’m really happy to have pulled it off for the team and win the stage.” 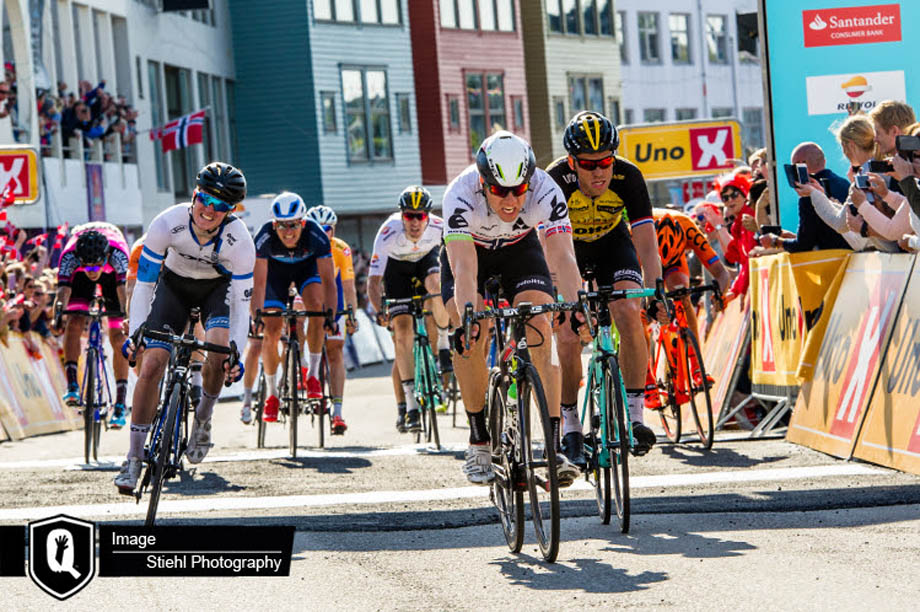