Belgian season continues with a WT race for Gazprom – RusVelo

Belgian season is in high gear and this Wednesday 22nd of March it continues with a World Tour race – Dwars door Vlaanderen. For Gazprom – RusVelo it will be the fourth Belgian race in March.

Dwars door Vlaanderen has a huge importance for Gazprom – RusVelo, as it is the first cobbled WT race in history of the team. In 2013 UCI awarded the race with the highest category and in season 2017 it was included in UCI World Tour calendar.

This year it is a 72nd edition of a semi-classic race in Flemish region from its inception in 1945. The total distance of the route will be 203 kilometers with the starting point in Roeselare and the finish line in Waregem. Traditionally for Belgian races the major challenges for the riders will begin on the second part of the distance. As the saying goes, know your enemy: Taaienberg, Oude Kwaremont and Pateberg – those are the challenges, more specifically the cobbled hills, which names riders probably have already learned by heart. Last two hill climbs will be 35 and 32 kilometers before the finish line. That race segment is the most suitable moment for decisive attacks.

Rider of Gazprom – RusVelo Alexey Tsatevich has a decent experience of competing on the most prestigious cobbled races. Moreover, two years ago he was in top10 on Dwars door Vlaanderen. That’s why, Alexey Tsatevich will be one of the team leaders on the upcoming race. «Dwars door Vlaanderen is a really exhausting competition. In 2015 I managed to finish in top10 in a very harsh weather. As always, weather plays a crucial role in Belgian races. I will do my best to be in the front and control the situation on the decisive hills. Cobbled hills of Flanders – is a special part of the race, you may love it or hate it», – that’s what Alexey Tsatevich said about the upcoming race. 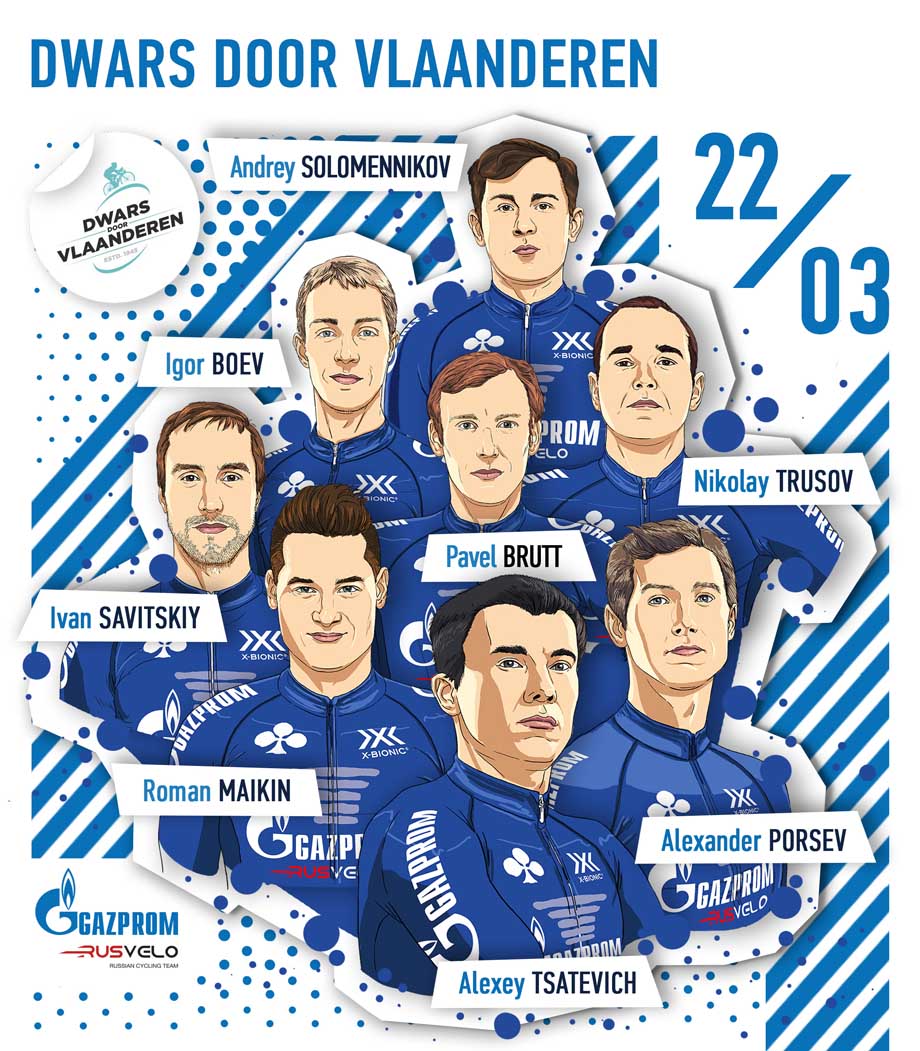