The Belking Pro Cycling Team has emerged from the first stage in the Tour de France unscathed. The finale of the 213 kilometre long race from Porto-Vecchio and Bastia was tarnished by a crash. Despite the fact that leader Bauke Mollema ended up on the pavement, he is unharmed.

Lars Boom:
“What a shame about the sprint for the green jersey. I was too enthusiastic – I wanted it too much. I went to chase down someone myself and that cost me dearly. As the gap with the peloton was very small, nobody really wanted to put themselves out as it was going to be a sprint at the end, no matter what. Being in the first breakaway is nice opener for the team. The director of Belkin came over afterwards and told me he was proud of me.

Laurens ten Dam:
“I was in the middle of the peloton and saw the crash. I didn’t have any problems but I saw how lucky Bauke was. If he would have hit the light post it might have been over and out for him. I did not really know much about the bus on the finish line. I heard something about it being there but I thought it must be some kind of French strike again.”

Robert Gesink:
“It’s too bad that our plan to snatch the polka dot jersey for Lars did not work out – it could have been an incredible first racing day for Belkin. Luckily, I missed the crash. I waited on Bauke and we rode to the finish. We knew he would get the same time, so rode on with no cause for panic.”

Bauke Mollema:
“Happily, I don’t have that much from the fall – just a few scratches. When I saw them go down in front of me, I knew that I could not stop in time so I tried to jump the curb. That did not go exactly as planned as I ended up taking one Lampre out. My bike was trashed. I finished out the stage on Bram Tankink’s bike and outside of some abrasions, I am fine.

Lars Petter Nordhaug:
“It’s a good feeling to finally be started. The finish was hectic but luckily we did not suffer any great damage as a team. Tomorrow will be a bit more challenging so, like today, I’ll be doing my best to protect Bauke.

Bram Tankink:
“It was pure chaos in the finale. Since the bus was going to force the finish three kilometres ahead , everybody went into panic mode. There was a lot of uncertainty – which was also the cause of the crash. Luckily, I could stop in time but not for Bauke so I gave him my bike. Happily, everyone will get the same time. That’s the only amicable solution.

Tom Leezer:
“This is kind of an unreal beginning to my first Tour. It was a peculiar stage. Nothing really happening for a long time and then in the last fifteen kilometres all hell breaks loose. I think in this sort of stage they can better give the same time to everyone at ten kilometres before the finish line. That would solve a lot of problems.”

Maarten Wynants:
“Just like Sep I had no problems from the crash and could continue. I heard immediately that Bauke would not lose any time so I went after Sep to help him so that with a better classification, he might be in a better position tomorrow. We were nearly there, but unfortunately we just didn’t quite make it.

Sep Vanmarcke:
“I was well up front and had no problems from the crash. I wanted to finish as well as possible today as tomorrow’s programme is rather challenging. I started the sprint too soon. At two hundred metres before the line I came into a headwind and everyone accelerated past me. I could have had at least a top five so I am bit disappointed but it’s also a confidence booster. I’ve started the Tour sharp. 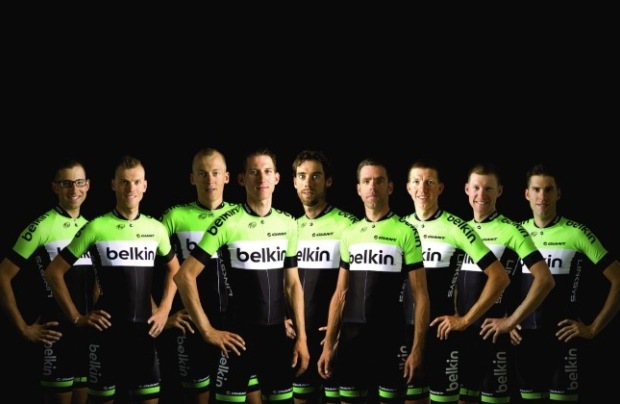