Bennati: I will try on Champs-Élysées

Stage 21 to Champs-Élysées is, for many of the riders in the peloton, a contrast to the hardships they’ve went through during Tour de France. But for the sprinters, it’s the most important and prestigious stage of the entire Tour. Tinkoff-Saxo’s powerful Italian Daniele Bennati won on the final straight in Paris in 2007, when he beat Thor Hushovd and Erik Zabel.

“I have such good memories from Champs-Élysées. It was an amazing experience and I will go for the win again today. I know it will be difficult but if you don’t try, you’ll never win. I know the circuit very well and it’s a matter of entering the final corner in the right position”, says Daniele Bennati on his way to the airplane that will transport the riders from Southern France to the outskirts of Paris.

Daniele Bennati was originally intended to ride the Tour as a quality support for Alberto Contador on the flat and hilly stages. But since the captain’s exit on stage 10, Daniele has taken his chances in the final sprints with several top-5’s as a result.

“I spent a lot of energy during the first half of the Tour and took a lot of wind riding in the front of the peloton. So it has been difficult to make the transition and focus on creating results in the sprints. But the Tour is tough and the strongest guy on Champs-Élysées is not always the one, who was the strongest at the start of the Tour. It’s about recovery”, explains Daniele Bennati and continues:

“During the last two years on the team, I’ve had other obligations than focusing on the final sprint. I feel good in a lot of different terrains but at the same time I still feel strong in the sprints”, concludes Bennati. 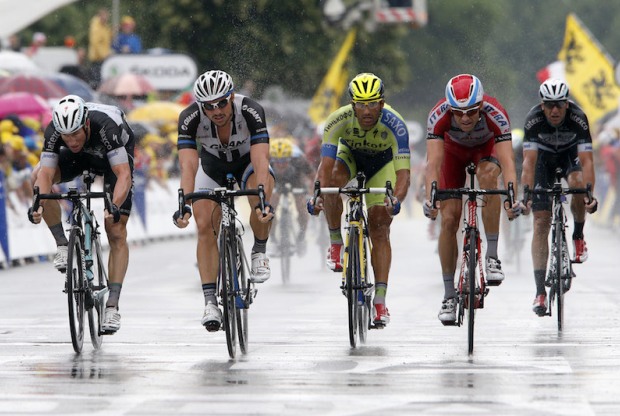