Team MTN-Qhubeka p/b Samsung is proud to launch its #BicyclesChangeLives campaign for 2014.

This year our initial goal is to raise R2,200,000 or 1,100 bicycles. This will mean a full container load of Qhubeka bicycles to be assembled at the plant in South Africa to give to people who have earned them by improving their environment, their communities or their academic results.

The riders on Team MTN-Qhubeka p/b Samsung have been behind the project donating a portion of their prize money to the charity but are now inspiring their social media followers to support the campaign.

Team Principal, Douglas Ryder says: “Qhubeka is incredibly important to the riders and staff on the team and it is one of the major reasons why we have attracted such fantastic talent to our team. Our partners also contribute towards Qhubeka through various ways, kit sales, bike sales, product sales & mobile contracts. We want to help as many people as possible by providing them with bicycles. By making a donation to Qhubeka, you are helping to change lives with bicycles.”

Donate here to help us reach our goal and change lives with bicycles. 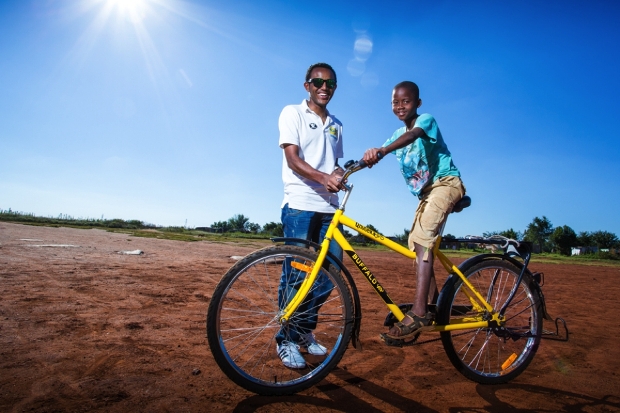 Lotto Belisol: The European cycling season is about to start