Bigla Cycling Team opens season with a spectacular team presentation on the Glacier Express and at the foot of the Matterhorn.

The Bigla Cycling Team started its season with a spectacular and extraordinary team presentation at the Matterhorn. Only for team members, their sponsors and journalists went an extra train of the famous “Glacier Express” from Visp to Zermatt, from where the trip went on with the “Gornergrat Bahn” to the foot of the Matterhorn. There the team, which has twelve riders under contract, introduced itself to the public. Swiss cycling hero Franco Marvulli and Phil Zimmermann led the team presentation. „It is fantastic, that the organisers of the Glacier Express made it possible that we could go by a special train to the Matterhorn. I am very thankful“, says Bigla’s team manager Emil Zimmermann.

2014, after four years of abstinence, the Bigla Cycling Team returns to professional cycling again and has big goals for this season. The biggest one is the participation at the women’s team time trial world championships in Ponferrada (Spain). “For this, we must be one of the 15 best teams in the world rankings. At the moment we are in 15th place and we want to keep it or even want to improve”, says Emil Zimmermann. So it is very important “that we gain some good results in UCI races and finish in the top ten at road world cups.”

Besides the professional riders the Bigla Cycling Team also has a amateur team with hopeful up-and-coming young talents: Martina Weiss, Larissa Brühweiler, Rita Imstepf and Stefanie Bochsler from Switzerland as well as Verena Eberhardt from Austria and Irishwoman Fiola Foley. They are supposed to learn from the established riders and shall achieve successes in national races.

Before the pros open their season at the Belgian race “Le Samyn des Dames” (UCI 1.2) on March 5th, they and the young riders will do a training camp in Benidorm, which is situated about 45 kilometres northeast from Alicante in Spain, starting on February 15th. Sports directors Ernst Meier and Mario Vonhof say: „There we find good training conditions. It is ideal to be well-prepared for the classic races in spring.“

The Bigla Cycling Team – both, pros and talents – are supported by the Swiss office furniture manufacturer “bigla”, bicycle frame manufacturer “BMC”, which is also situated in Switzerland, and the Italian cycling garment manufacturer “Parentini”. 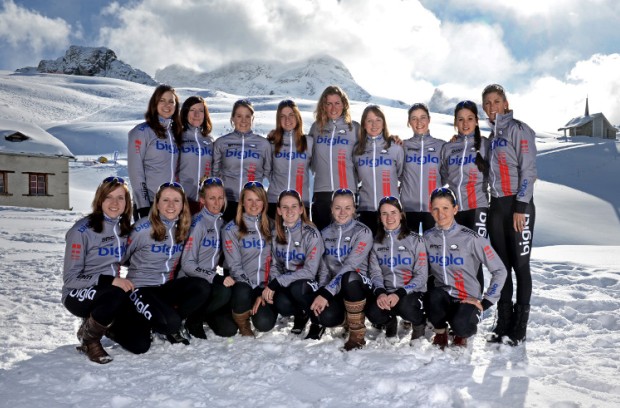 OPQS to Tour of Qatar