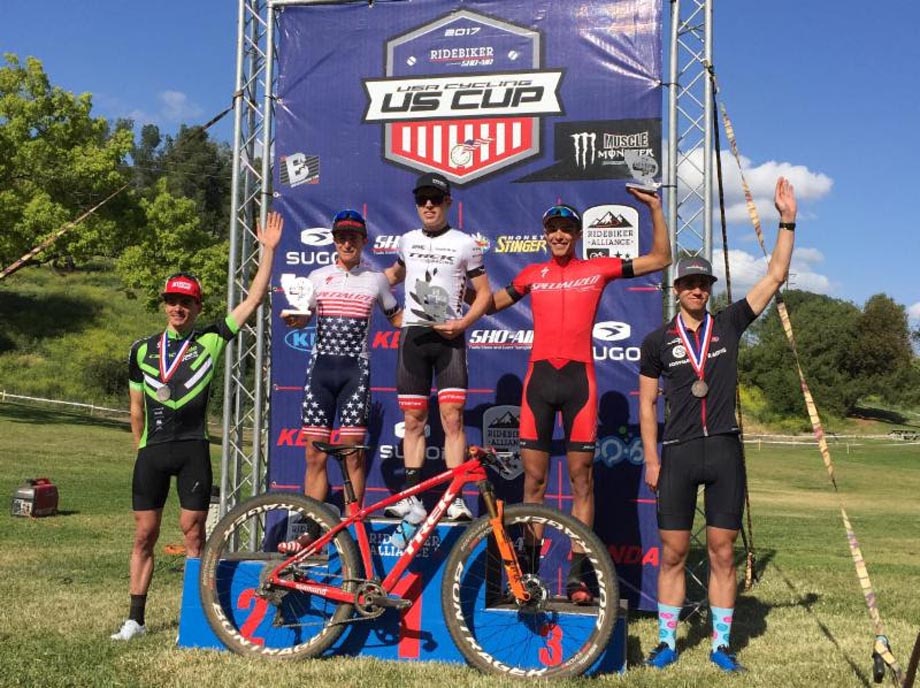 Riding for Specialized Racing, Blevins overcame a fifth-row start and quickly moved through the field to catch up to his Specialized teammate, Howard Grotts, and race leader Anton Cooper (Trek Factory Racing Team). The trio rapidly built a 45-second lead on their closest challenger nearly three laps into the eight-lap race.

But Blevins, who is in his first season with the Axeon Hagens Berman Cycling Team, said that is where his fast start and the stellar competition started taking its toll.

“I popped off those two partially because I knew I could not keep that pace up for several more laps and partly because I was tired,” Blevins said, chuckling. “Anton Cooper, who is from New Zealand, is phenomenal. He won the Under 23 worlds two years ago. And Grotts is the cross country national champion and was our U.S. Olympic representative at Rio last year.”

Riding his own pace on his Specialized S-Works Epic full suspension bike around the 4.1-kilometer course, Blevins finished 2:35 back of Cooper, who took the win 10 seconds ahead of Grotts.

Sunday, the 19-year-old from Durango, Colorado, will aim for his third US Cup Series victory when he starts the short track event. Last week, Blevins won both the cross country and the short track races at the Fontana City National Cup, the first event of the series.