Blue-fuchsia-green comments from the cobblestones

Crashes, punctures, mechanical problems: they’re all elements that all the teams partecipating in Paris-Roubaix must face.
Despite the efforts by the riders and the team staff, LAMPRE-MERIDA could not be in the head of the race, obtaining the 50th place by Pozzato and the 80th by Palini.

“When you have to face two punctures and in a topic moment another rider hit your derailleur, it’s very difficult to be still competitive, despite any efforts or a aquite good form – Pozzato explained – I was happy because I could exit from the forest in the head positions, but then I had two punctured tyres.

At 40 km to go, when Cancellara attacked, the problem with the derailleur, accidentally hit by an opponents, stopped all my aims. It’s a pity, my legs were good”.

Cimolai was stopped by a puncture at 80 km to go, in the cobblestones sector from Hornaing to Wandignies: “I was doubly unlucky, because I had the puncture in the same moment of Pozzato: in those events, it’s almost impossible to come back to the main group.

So, this accident ended a race that was quite good for me, considering that I was in the head positions after Arenberg”.

Modolo could not exit Arenberg Forest: “I had a puncture and my wheel slided on a stone, so I crashed. I hit my chest on the ground, I felt pain and I could not come back on the bike.

I’m quite angry because I was feeling comfortable on the cobblestones, I had no problem in driving my bike and I think I would have been competitive in my debut in Paris-Roubaix”. 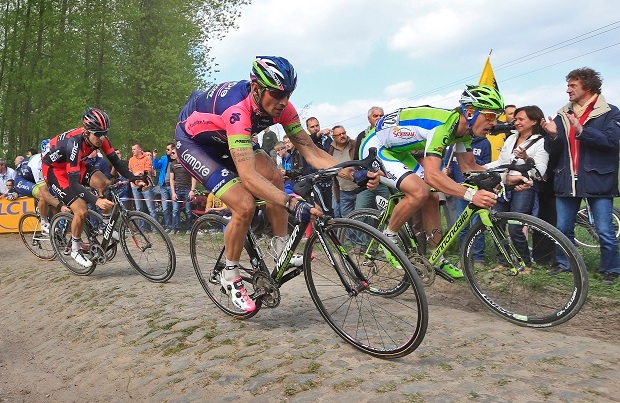 Roubaix’14: Taking On The Cobbles

RCJ: Tour of the Reservoir