Tinkoff-Saxo’s Manuele Boaro put in an effort on the TT in Circuit de la Sarthe and came home with a fifth place behind stage winner Adriano Malori. Michael Valgren finished 9th and enters the top ten alongside Boaro ahead of the hilly GC-deciding stage Thursday. Earlier, team sprinter Michael Kolar had finished 6th on the flat, fast morning stage.

After the TT, team DS Nicki Sørensen declared that he was satisfied with the result and the starting point the team captains now have going into the final two decisive stages. 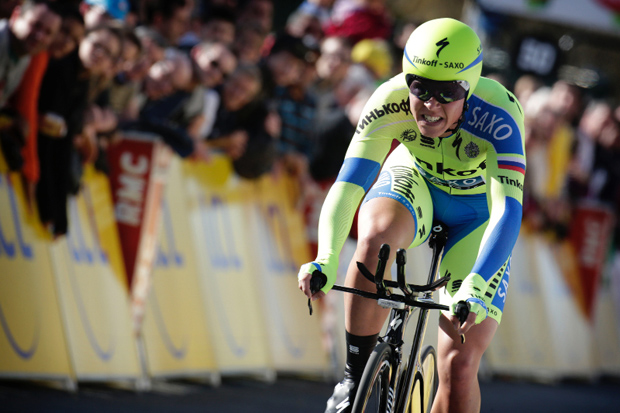 “We had hoped for a victory today in the TT, but we are satisfied with how Boaro rode. He took fifth place but I think he could have done better at the end of the day. We are very pleased with Michael Valgren’s performance, he is strong but TT’s aren’t his favorite discipline. However, he showed that he is capable in short intensive time trials and he starts tomorrow as leader of the youth classification”.

“We are definitely optimistic before the last two stage, with tomorrow being a very hilly and challenging route. We have two strong cards to play and I believe that they can do well. Hansen, Kolar, Juraj Sagan and Jay McCarthy will play an important role in supporting our two captains and they are up for the task”, adds Nicki Sørensen.

Manuele Boaro finished 5th in the individual time trial in Angers and now sits 7th overall with 20 seconds to Adriano Malori (Movistar), who won the TT with a 9-second margin. Also within the top ten is young Danish champion Michael Valgren, whose 9th place conte-la-montre was enough to put him in 10th place overall, 2 seconds further behind. 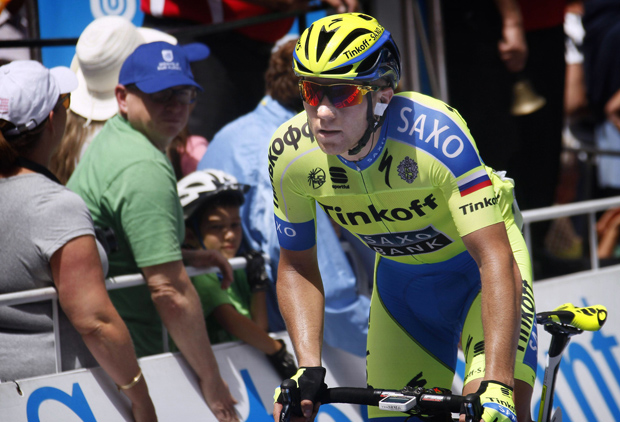 Earlier on the day, the riders had to tackle a short 83.9km stage. Here, Michael Kolar showed good signs by finishing 6th on the stage, which was decided amongst a three-man break, with FDJ’s Anthony Roux proving the fastest.

“I take it as a good sign that Michael was the third fastest in the peloton, especially since he didn’t reckon that he had done an optimal sprint. Circuit de la Sarthe is not the biggest race on the calendar with all the biggest sprinters but he’s definitely showing signs of improvement in terms of his sprint”, tells Nicki Sørensen, who adds that the sprinter’s teams left it too late on the stage.

“The peloton nearly caught the breakaway. It was down to five seconds on the line, but it was up to the sprinters teams to catch the trio. Michael Kolar got some assistance from McCarthy and Juraj Sagan but otherwise he found the right wheel himself and showed that he should continue to work dedicatedly on this aspect of his riding. But for tomorrow, he and the rest of the boys will focus on supporting Boaro and Valgren”, finishes Nicki Sørensen.