Tinkoff-Saxo’s Manuele Boaro was close to taking the win on the intensive 7km time trial of Criterium International. In the end, a mere 2 seconds separated the Italian from the win. Earlier on the day, Jay McCarthy finished 9th on the fast stage 1. he race conclusion is eminent, as the peloton takes on Col de l’Ospedale Sunday.

Manuele Boaro was in form as he rolled down the start ramp and entered the 7km TT circuit in Porto Vecchio. On the line, the Italian Tinkoff-Saxo rider was only two seconds from the win – despite having been forced out of his aerodynamically position due to equipment breakage.

“Manuele was really sharp today and did a very strong ride. But after just 2km of the TT, his arm pad broke and he was forced to ride in the handlebars. If not, I believe that he would have won. In any case, this just proves what Manuele has already showed throughout the early part of 2015, which is that he’s performing well. Today suited him and we know that he’s good in these short, intensive time trials”, says Nicki Sørensen, sports director at Tinkoff-Saxo, after the conclusion of the dual race day.

Tinkoff-Saxo’s climber Jesper Hansen is found further down the list of results from the TT after an unfortunate lack of signing caused the Dane to miss a turn and lose 1:06.

“Jesper is in good shape, so it’s unfortunate that he lost this much time today. He started out well but in a corner he continued straight forward, as there were no instructions from the race officials. So he had to turn around and he naturally lost quite a lot of time on that”, notes Nicki Sørensen,

Earlier on the day, the riders had tackled the short and fast 92,5km stage 1, where the peloton ultimately had to succumb to a two-man breakaway in form. Jay McCarthy was 9th on the stage – a satisfactory result for the young Australian, according to Nicki Sørensen.

“In general, the boys showed promising signs in both the TT and earlier on stage 1, where Jay finished 9th in the sprint after the favorite’s teams had underestimated the breakaway”.

“Tomorrow, we’re heading into the final stage, which takes us into the mountains. I believe we have some good possibilities. We’ve seen that Jesper is in shape just like Manuele and also Pawel Poljanski. Chris Anker was a bit ill today, so we will see about his shape tomorrow. Tomorrow is a terrain, where we have some good riders. However, we are not the favorite, so we will have to play our cards right”, adds Nicki Sørensen about the finishing stage 3 to Col de l’Ospedale. 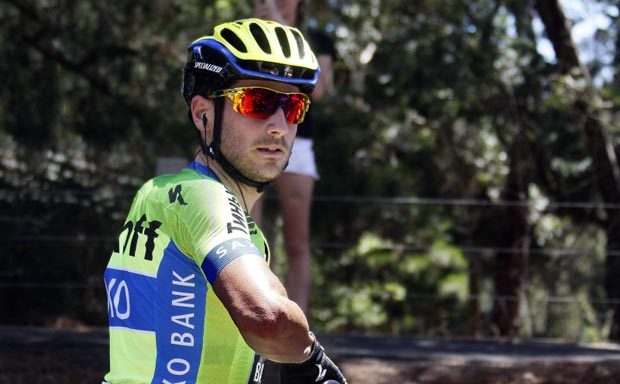