The die is cast! Legendary Monte Bondone, will host the arrival of the 38th Giro del Trentino’s fourth and final stage. The ascent became famous since 1956 Charly Gaul’s outstanding performance under a snowstorm at the Giro d’Italia.

On that day, remembered as one of the most dramatic in Giro d’Italia’s history, with several retired and freezed riders along the way, Aldo Moser kept on fighting and took tenth. Giro del Trentino’s organizers wish to celebrate that historical race as well as Aldo Moser’s 80th birthday, climbing Monte Bondone (never tackled by the Italian four-day stage race so far) and passing by Palù di Giovo, the small village that gave birth to the whole Moser dynasty.

On Friday April 25th, the field will move from Val Daone with more ascents to tackle ahead of Monte Bondone: Passo Campo Carlo Magno (1682 m 1st category KOM and highest point of the race), and Maso Roncador, 2nd category.

Throughout the last stage, the riders will approach fascinating areas like Valli Giudicarie, Val Rendena, Val di Sole, Val di Non, Rotaliana plans’ vineyards and Trento going through new MuSe (the science museum) before tackling the last 21 kilometers with gradients between 7% and 9%.

“We feel happy to have made this project successful – Trento Tourist Office Director Elda Verones explained. – Giro del Trentino means top-level cycling, and Monte Bondone is a holy place for thousands of leisure cyclists which every summer compete at the Leggendaria Charly Gaul, the only Italian stage of UCI World Cycling Tour. Giro del Trentino’s final stage will also coincide with an Italian holiday, giving thousands of fans the opportunity to enjoy a beautiful day at high altitude”. 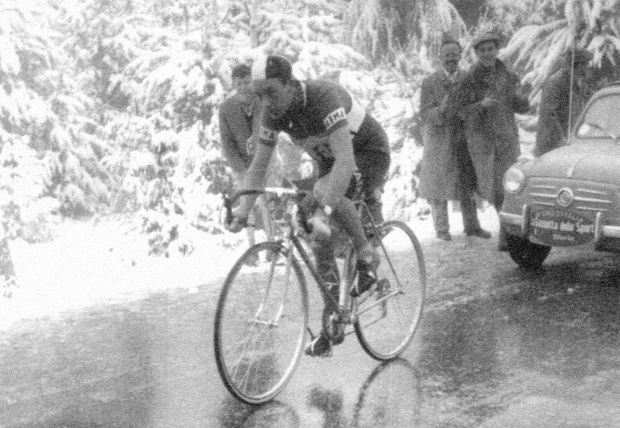 Majka close to top shape for the Giro