An Italian cyclist in a bike world that is opening its edges to the whole globe.

Matteo Bono (Bettini photo) is a homemade symbol from LAMPRE-MERIDA, a team that is set on Italian roots and is willing to face in a proactive way the changes of the cycling world.

Among the STILL racing cyclists, Bono is second in the list of the most loyal blue-fuchsia riders thanks to eight consecutive seasons, since 2006, in the team of Galbusera family, in addition to a half season that he spent as trainee.

Damiano Cunego is at the first place in this standing: 9 seasons.

Matteo Bono’s path in LAMPRE-MERIDA will go on, since he signed a new agreement with the team.

The rider from Brescia, who was born in 1983, during the years improved his skills as domestique, but he was also able to get to three World Tour victories: two successes in 2007 (stage in Tirreno-Adriatico and stage in Tour de Romandie) and one victory in 2011 (stage in Eneco Tour), in addition to the triumph in Tour de Pologne’s team time trial.
Bono took part in 4 Giro d’Italia, 3 Tour de France and 1 Vuelta a Espana.

Bono’s skills will be fundamental for LAMPRE-MERIDA for supporting the captains and to led the young guns on which the team is relying. 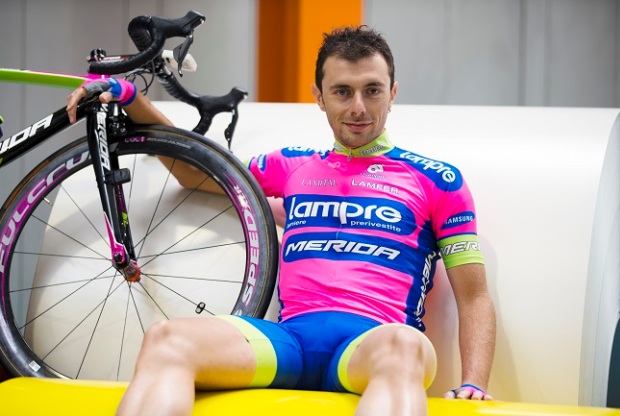