BORA – ARGON 18 with a successful conclusion of the championships

BORA – ARGON 18 looks back at the best results at national championships in the six-year team history. With two championship titles, three bronze medals and three further Top5 rankings, the German professional team demonstrates its high performance level just before the start of the Tour de France. With Emanuel Buchmann, the German team presents the German national champion for the first time.

“The last few weeks already indicated that we’ll see successful championships. The guys are all in very good shape and very result-oriented. This is partly also because of the Tour de France, for which all riders wanted to recommend themselves until the last race. The results simply reflect what we saw in earlier races: the performance level is very high throughout the entire team”, says Ralph Denk, Team Manager of BORA – ARGON 18.

“I‘d like to highlight three results. First is the German champion jersey, of course. For the first time in our team history, won by a neopro and crowned by an exceptional team performance. As a team manager I witnessed already some successes in the past but this victory by Emanuel Buchmann is a very special one”, says Denk.

“Of our three Tour-starters who competed in the ITT championships, all brought home a podium success. While Jan Barta’s victory was expected, Bartosz Huzarski and Jose Mendes showed a big jump in their time trialing qualities. That was an important positioning for the guys just before the Tour de France. We are confident for the coming Saturday”, Denk looks forward.

“Last but not least: Daniel Schorn and Scott Thwaites demonstrated in two very selective races, that they belong to our strongest classics riders. For the first time, we were on the podium at the Austrian championships and Daniel deserves the highest respect for this performance. And Scott has done great against the Sky superiority in the British race. The fifth place will give him self-confidence. Given this form, both will be good for quite some results in the second half of the season”, Denk concludes. 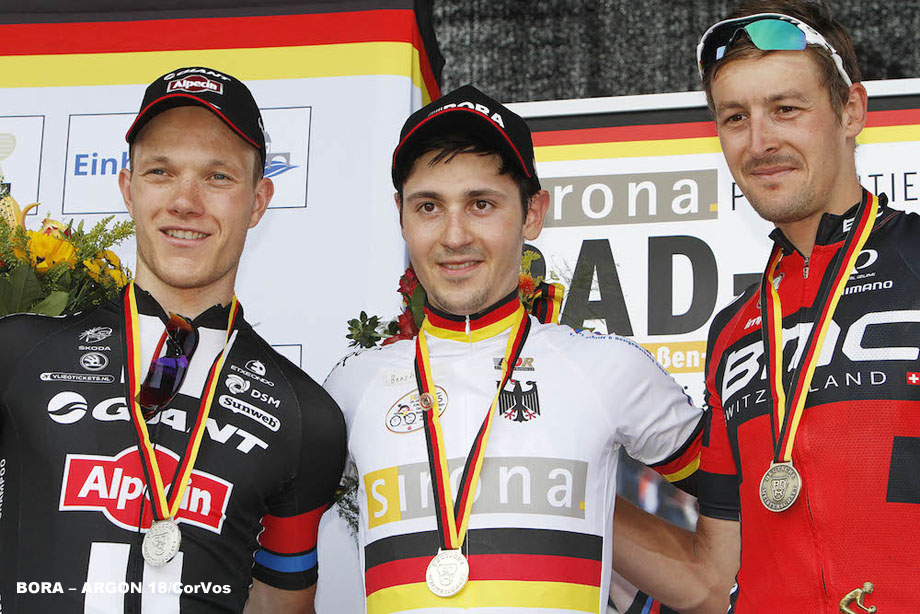