The race was fast with Rally Cycling on the attack from the start. With the pace high, there were several crashes early in the race. One of the crashes took down eventual winner Huff and Tom Zirbel. Both were able to quickly remount and rejoin the field. As the race wore on, Jesse Anthony and Tom Soladay kept the pressure on the peloton with consistent attacks. Anthony eventually broke clear and was solo until Soladay bridged across. The duo worked together and forced UnitedHealthcare to chase. With four laps remaining Anthony and Soladay were reeled in, but the damage was done and Huff was in position for a run at the line. Out of the final corner Huff out-powered John Murphy and Luke Keough to claim his second national criterium title and fifth win for the team at the National Criterium Championships. 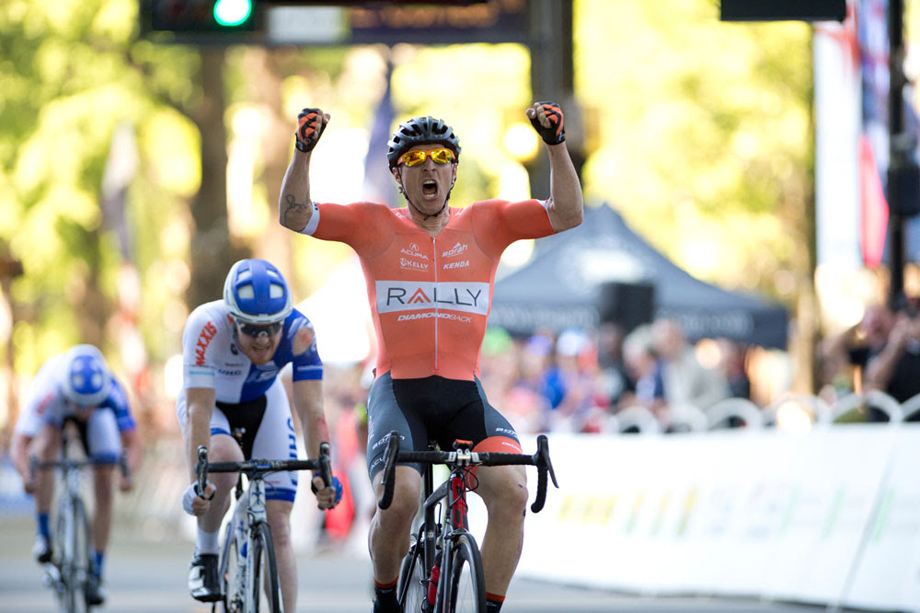 “Going into the last lap UnitedHealthcare had control, and with two corners to go they still had four or five guys up front,” said Huff. “One of them let a gap open and I was able to jump around him and get on the wheel of their two fastest sprinters – Luke Keough and John Murphy. I was on Murphy’s wheel and then it was just a matter of who carried their speed the best through the last corner. I took the corner well, had some snap in my legs and was able to seal the deal.”

Huff dedicated his win to Tom Billionis: a friend and resident of his hometown of Springfield, Missouri. Billionis, father of three and patron of the local cycling community recently passed away unexpectedly of a heart attack.

“Our team did a great job of tiring out the other teams, but what Huff did at the end was amazing,” said Performance Manager Jonas Carney. “He was not only the fastest, he showed unbelievable bike handling skills. That was one of the most amazing criterium performances I have ever seen. We came here to race hard and the team delivered. Both squads were extremely aggressive and animated their races. We are leaving Greenville with three national titles and a second place. I am really proud of how the team performed this weekend.”

In the women’s event, Rally Cycling rode an aggressive race that impressed spectators and competitors alike. Early in the race, Jessica Prinner went on the attack and stayed clear for several laps. Realizing the danger of having Prinner off the front, UnitedHealthcare used their entire team to reel her in. Once Prinner was back in the field, Heather Fischer attacked, followed by Elle Anderson and Emma White. With 10 laps remaining, the race appeared to be set for a field sprint and teams started to setup their leadout trains. With three laps to go, Anderson, Lauren Tamayo (UnitedHealthcare) and Sara Tussey (Visit Dallas DNA Pro Cycling) rewrote the script with a late race breakaway. The three quickly established a gap that was too large for the peloton to close on the final lap. Just before the final corner Tamayo jumped Anderson and Tussey to take the win. Anderson crossed the line in second place.

“I just finished cyclocross season in February so it has been a really quick turn around for me, but it’s fun to carry that fitness into the road season and I know I am just going to get faster – so that is exciting,” said Anderson. “We missed the win today, and we are all a little disappointed, but it will only add motivation for the rest of the season.” 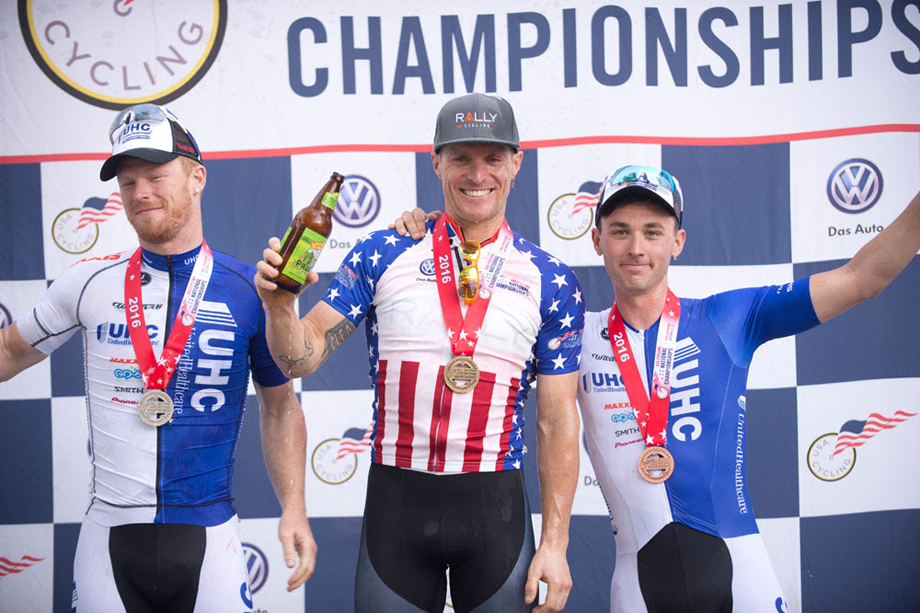