While the big general classification riders line up in Spain, many fast men and sprinting thoroughbreds embark on the German World Tour race of Vattenfall Cyclassics from Kiel to Hamburg. Tinkoff-Saxo sends team leader Matti Breschel backed by a powerful squad to play the part as underdogs.

“We don’t have a pure sprinter here to go toe-to-toe with the likes of Kristoff, Cavendish, Greipel and Kittel but we have to play our cards right and create our chances. We will support Matti Breschel fully, he’s a pretty obvious choice with the shape he has shown during the past weeks”. Such is the assessment from team sports director Nicki Sørensen, who will hold the team reins during the fast race.

Adding about the division of roles on the squad, Nicki Sørensen notes that Rogers, Valgren and Mørkøv will hold key roles alongside Breschel.

“We have Valgren and Rogers as lieutenants to play active roles in late attacks and moves in the finale. There’s a very big chance that this race will end in a pure bunch sprint as it has during so many previous editions. If so, we know that Matti is fast but we have to be ready if an opening comes. To direct the squad and take the decision on the road, Mørkøv will play the part as road captain. It’s a role that he handles very well and he’ll also be important for Matti’s chances, if it all ends in a sprint”, comments Nicki Sørensen before adding:

“Trusov, Boaro and Kolar are equally powerful and quite fast and together with Petrov, who’s a lighter rider, they will cover the different sections of the race and ride in support of Matti. It’s almost written in the stars that this race will end in a classical bunch sprint – if so we are outsiders and underdogs. But it’s a WorldTour race and the team is motivated so we will do our outmost to get a good result”.

A route change for this year’s edition means that the riders will head out into the mainly flat parcours from the new start in Kiel before making their way towards Hamburg and the finishing circuits.

“We have approximately 100km from Kiel to Hamburg and unless we face crosswinds, I don’t think that it will affect the outcome of the race too much. However, into the final part of the race, we encounter a short but punchy climb three times, the last time with only 15km to go. Here, it will be possible to create a selection and stretch out the bunch, which could put riders under pressure. We will see how it turns out come Sunday afternoon”, finishes Nicki Sørensen. 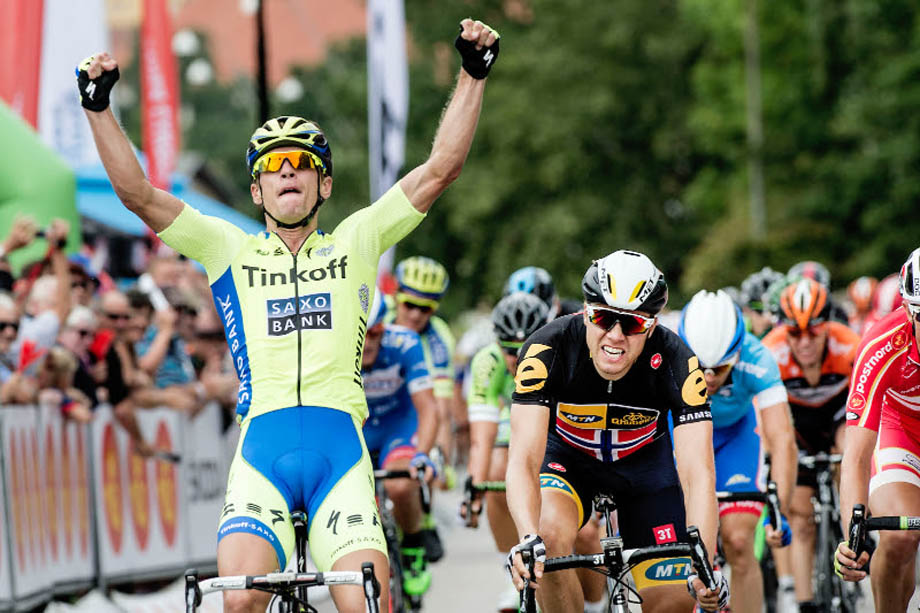 Hofland wants to bounce back in Vattenfall Cyclassics