Breschel: “Now that I’ve got the shape I want to use it”

Tinkoff-Saxo’s Matti Breschel has swapped Spain for Northern France and Belgium as he starts the four-stage Tour de l’Eurométropole. The 30-year old Dane looks forward to carrying his current form into the final part of the season that kicks off tomorrow with what was formerly known as Circuit Franco-Belge.

“It’s obvious that I have to use my current shape to bring home some good results now that I’ve got it. My plan is to do l’Eurométrople, Paris-Bourges and finally Paris-Tour on the 12th of October. It’s very late in the season, so there’re a lot of guys with empty legs and I have to use that to my advantage, as I’m still in a strong shape after the Worlds”, says Matti Breschel,

The fast Dane won Tour of Luxembourg including two stages in June, but has since then been struggling to reach his top level. He rode the two Canadian races GP Montreal and GP Quebec in mid-September as co-captain but was unable to bring home a significant result. However, his condition increased and he was one of the strongest riders at the World Championships in Ponferrada finishing 4th centimetres from the podium.

“It’s not like I wasn’t motivated and mentally ready in Canada, I just didn’t have the shape. But when I got back I kept on working hard because I really wanted to do a great performance at the World Championships. As I left for Ponferrada I was feeling confident”, adds Breschel.

Tour de l’Eurométropole is one of the last races on the calendar and contains two hilly stages and two flat sprinters stages with possible crosswind coming from the coastline. Matti reckons that the race will literally be decided on the line as bonus seconds play a key part.

“L’Eurométropole is a typical sprinter’s race with high pace, hectic racing and a lot of fighting for positions in the crosswinds and before the finales. It’s all about finishing in the top-3 on the stages to secure bonus seconds and if the peloton splits on a short climb or in the wind, I’ll have to be at the front”, Matti concludes. 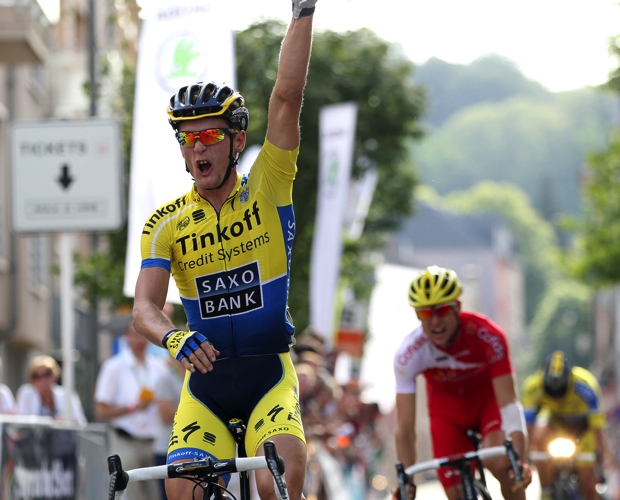