Brett Lancaster has re-signed with ORICA-GreenEDGE following a consistent two year tenure with the Australian squad. A gold medal winner in team pursuit at both the Commonwealth and Olympic Games, Lancaster plays a critical role in the team time trial and the sprints. He also actively mentors his younger, less experienced teammates.

“The choice was simple,” said Lancaster. “I wanted to stay on the team. I wasn’t really thinking about going anywhere else. The last two years have been very memorable. I’ve achieved some incredible things. I’m looking forward to another two years with GreenEDGE.”

“We’re very pleased to renew Brett’s contract,” said Sport Director Matt White. “He played a part in some of our biggest rides and secured some nice results for himself. This past year, he won a stage in Slovenia, rode consistently throughout the entire Giro with our normal sprint group, won the team time trial at the Tour de France and was one of the strongest performers in our silver medal ride in the team time trial at the World Championships.”

Lancaster names the team’s success at the 2013 Tour de France as the highlight of his two years with the team. During the first week of the Tour, Simon Gerrans secured the team’s first Tour stage victory the day before the nine man squad won the team time trial. The back-to-back stage wins put Gerrans in yellow.

“The Tour this year was pretty awesome,” said Lancaster. “Winning the team time trial and standing on the podium with all the boys was really special. The team’s owner, Gerry Ryan, and his son Andrew were there to witness it all. That was definitely the highlight – the highlight from two years with many, many memorable moments.”

Looking ahead, Lancaster expects to race a similar program next year to the season past. His main objectives will remain the first two Grand Tours and the team time trials. The Giro d’Italia holds a special place in Lancaster’s heart. He won the prologue in 2005 to pull on the maglia rosa.

“My program will be similar next year,” Lancaster explained. “I’m focusing on the Giro d’Italia and the Tour de France. I don’t ride the Classics anymore. I didn’t do them this year, and I won’t do them next year. It’s very hard to be in good condition for the Classics, the Giro and the Tour.”

“I’m starting off with Tour of Qatar,” continued Lancaster. “After that, there’s a training camp in Girona and then I’ll race Langkawi. I rode five of them at the start of my career. It’s good to go back as I’m nearing the end of my career. I’ll be doing a lot of stage races. I won’t do any one day races until the end of the year.”

Lancaster will undoubtedly find himself racing alongside his young, talented teammates throughout the season. As one of the team’s seasoned veterans, Lancaster will assume a leadership rode on the road and within the team bus.

“Brett brings a lot of experience to the team,” said White. “We’re in a bit of a transition at the moment. Aside from Argos-Shimano, we probably have the youngest team in the WorldTour. A guy like Brett will take on a crucial role over the next couple years. Our young riders look to the older more experienced guys to learn what it means to be professional. Brett’s experience adds huge value to our young group.”

“I really enjoy working with the younger riders,” said Lancaster. “They have good heads on their shoulders. Guys like Luke Durbridge are so eager and all ears. I like passing along what I’ve learned and helping them out by showing them the ropes.”

Lancaster hopes to see out his career with the Australian outfit. He penned a two-year deal and says he can see racing one more beyond his current contract. Should all unfold as planned, Lancaster will have spent 15 years as a professional cyclist.

“I have another two years signed, but in my head, I want do three more before I call it quits when I’m 37,” said Lancaster. “Five years with GreenEDGE would be a dream.”

“The team time trial is a really important goal for the team,” Lancaster added. “I’m concentrating on the discipline a lot more. I’m really hungry to turn that silver medal we got by such a small margin at Worlds into gold. I want to take the team time trial title before I retire.” 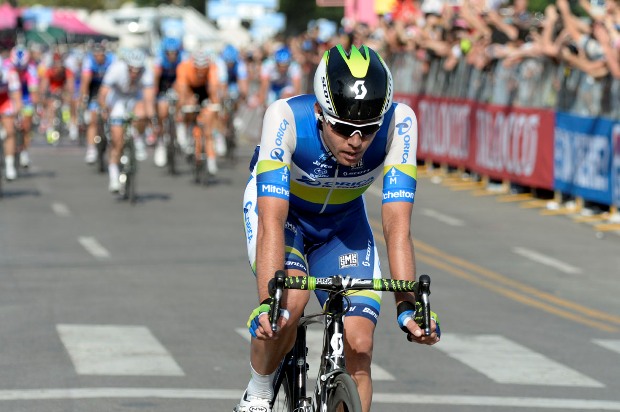