Graham Briggs rounded off the Elite Circuit Series with a win in the Wales Open Criterium in Chepstow last night.

Briggs, who also won the third round of the series in Colne earlier in the month, put his sprint finish to good use taking a clear win ahead of George Atkins of Team Raleigh, and Rapha Condor JLT teammate Chris Opie, who took third spot.

31 year-old Briggs was pleased to have finished off the series with a second victory.

“I had a bit of bad luck in the last couple of races, with mechanicals and what not, so I wanted to make sure I showed what I was made of tonight.”

While the racing was fast and aggressive throughout, no one move managed to stay clear thanks to attentive policing of the breaks by series leader Alex Blain’s Raleigh team.

“It was a bit of a waiting game tonight. It was a tough circuit, but nothing was going away. I tried a little dig, but as soon as I knew it wasn’t happening I didn’t waste energy on it and I saved everything for the sprint.”

As well as wins in the Elite Circuit Series and the Tour Series, Briggs also took victory in the Tour du Loire et Cher earlier in the year.

“It’s been a good year for me and the team so far. This is my ninth win, and I think that just shows that this is the right environment for me to be in and that we are working really well as a team this year.”

Briggs now travels to France as part of a six-man RCJ squad racing the Kreitz Breitz Elite stage race in Brittany. The team will also be in action at the Stafford Festival of Cycling on Friday and Saturday. 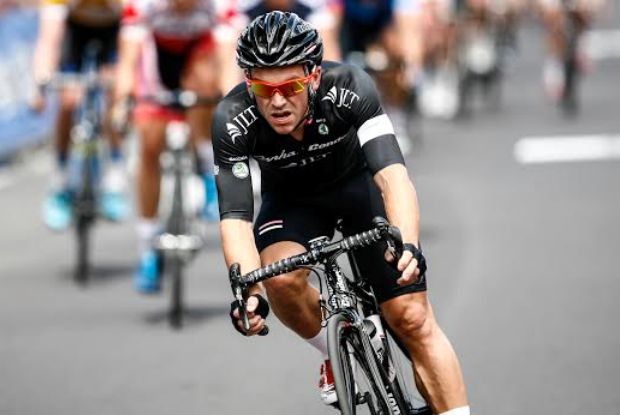