In ten days’ time, Broadgate Estates CYCLE TO MIPIM 2015 will set off from central London for the tenth time. This year’s event will depart on Thursday 5th March, arriving 1,500km and six days later in Cannes on Tuesday 10th March.

This year’s ride is the tenth anniversary of the event, which began in 2006 when architect Peter Murray decided to cycle to MIPIM. He and 16 other intrepid riders made the journey completely unsupported, and began the CYCLE TO… history of a fundraising cycle challenge aimed specifically at the hardiest (or perhaps, the most foolhardy) individuals in the property industry. 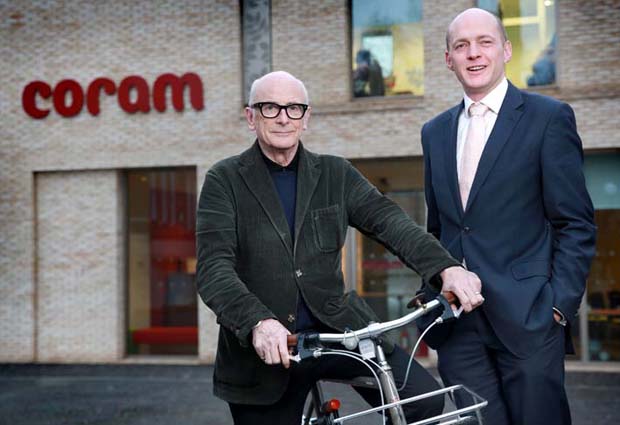 At a photocall in London last week, key sponsors came together to highlight the good work that Coram is able to do thanks to its contributions from CYCLE TO…. Displaying the faces of ten famous adoptees, the riders highlighted how being adopted is not a barrier to success. The roll call of famous adoptees includes world leaders, brilliant businessmen, genre-defining creatives, including musicians, poets, authors and actors, and high profile humanitarians. 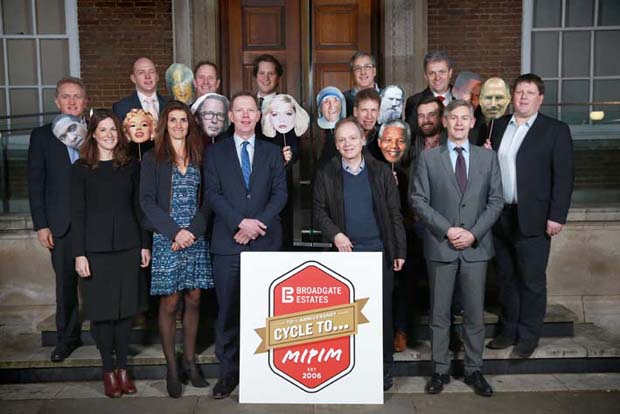 Since their partnership began, funds raised by CYCLE TO… have enabled 15 full adoption placements; provided post-adoption support for 57 families; found 157 supportive parents for vulnerable children; and benefited more than 17,250 school children with the Coram Life Education programme, to equip them with the skills to make healthy lifestyle choices.

Since 2012, CYCLE TO… has raised more than £395,000 for Coram, the UK’s first dedicated children’s charity and the principal beneficiary of CYCLE TO MIPIM. Over the nine years since it began, the grand total raised for all beneficiary charities up to 2014 is £1.75 million. This year, CYCLE TO… hopes to hit the £2 million mark.

Margaret McCulloch, Head of Fundraising at Coram, commented, “At Coram we know that being adopted by a loving forever family can give a child the stability and confidence they need to go on and lead complete and successful lives.

“Through their amazing fundraising efforts, the riders of CYCLE TO… have made a significant difference to children who might otherwise be alone and afraid in the world. The support CYCLE TO… continues to give so generously to Coram, helps us to find more adoptive parents for the UK’s most vulnerable children, and has provided vital funds to Coram Life Education helping school children make safer and healthier life choices.”

This year’s Broadgate Estates CYCLE TO MIPIM 2015 will be a different experience for the 105 cyclists made up of the great and the good from the world of property management, architecture, real estate consultancy, property development, planning, construction and more. In order to help them cope with the rigours and demands of long days in the saddle, 4.45am wake up calls and 8.30pm finishes, as well as the best that the English and French weather can throw at them, will be a dedicated crew of support vehicles, mechanics and physios, as well as a team of French moto outriders to provide rolling road closures along the way.

Steve Whyman, CEO of title sponsor Broadgate Estates, commented, “This year marks the tenth anniversary of the CYCLE TO MIPIM ride and Broadgate Estates is proud to have sponsored this increasingly popular industry event over the last three years. We again have a strong team of riders who are looking forward to joining this year’s cyclists on the road to Cannes. The ride is a unique experience and networking opportunity that raises fantastic sums for Coram and our other supported charities.”

Nick Hanmer, Chief Executive of CYCLE TO…, commented, “Year on year, CYCLE TO MIPIM has always received great backing and encouragement from the property industry, from the businesses and individuals taking part and those that sponsor them. Reaching our tenth year is a major milestone and the support for our charities remains as enthusiastic as ever.”

As principal beneficiary, two-thirds of the funds raised by CYCLE TO… events go to Coram. Article 25, Emthonjeni Trust, Multiple System Atrophy Trust and Tom’s Trust are the other charities being supported. 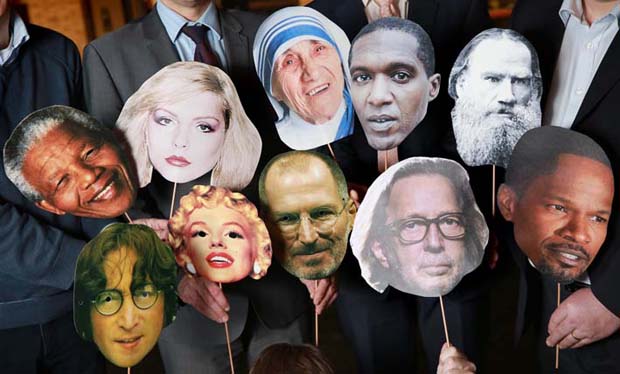 Famous real life adoptees
Did you know these people were adopted? (From L-R, top-bottom)

Nelson Mandela – After his father’s death, Nelson Mandela was adopted at the age of nine
by Chief Jongintaba Dalindyebo, the acting regent of the Thembu people
Debbie Harry – Blondie’s lead singer was put up for adoption when only a few months old
Mother Teresa – by birth an Albanian, by citizenship an Indian, Mother Teresa founded the Missionaries of Charity, which includes orphanages around the world
Lemn Sissay MBE – British author and broadcaster. Created the poem artwork in the Foundling Museum – https://www.foundlingmuseum.org.uk/events/view/Superman-was-a-foundling/
Leo Tolstoy – the author of War and Peace and Anna Karenina was orphaned at the age of 9
John Lennon – his father was a naval officer who went AWOL and he was raised by his maternal aunt and uncle
Marilyn Monroe – grew up with foster parents, family friends, and various aunt and uncles as a ward of the state
Steve Jobs – given up and adopted at birth, the Apple cofounder’s biological father was Abdulfattah Jandali, a Syrian Muslim
Eric Clapton – raised by his mother’s grandparents, who remained his legal guardians until 1963
Jamie Foxx – sent to live with his mother’s parents at a young age. His mother was also adopted.