Busy schedule ahead for Blues

Telephone squad hold training camp in Almería after their European debut in Mallorca, count their days for triple appointment next week with Andalucía, Algarve, Haut Var.

No time for rest will be conceeded for the Movistar Team after the Mallorca Challenge, their European debut of the season, came to its end yesterday. A majority of the squad’s riders -with only Nairo Quintana, who became a dad in Colombia just few days ago, or the injured Giovanni Visconti- will be getting together from Thursday and until Monday in Almeria for a training camp focused on team time trial adjustments. Eusebio Unzué’s roster will take advantage from the facilities of the Circuito de Almería as they keep finetuning their form for the three races coming up next week in Spain, Portugal and France, looking up to increase their season tally.

Alejandro Valverde will defend his back-to-back overall victories in the Vuelta a Andalucía -five stages from Wednesday 19 to Sunday 23-, accompanied, among others, by local hero Javi Moreno, Imanol Erviti, Rubén Plaza or Iván Gutiérrez,in a race where the opening prologue and the two mountain-top finishes on days one and two will be crucial for the overall result. Clashing with the Spanish stagerace, the Movistar Team will be taking part in the Volta ao Algarve, where a 13km ITT on Friday and Saturday’s hilltop finish in Malhao will decide the GC. Jonathan Castroviejo, Alex Dowsett, Jesús Herrada, Gorka Izagirre, Pablo Lastras or Adriano Malori will be on the start line. Added to them, and with Chente García Acosta at the helm, a third expedition will be heading into Provence for the Tour du Haut Var, whose two stages -with continuous ups and downs, plus the ascensión a Tuilleres (Cat. 1) just 20k from Sunday’s finish- will offer a chance to shine for riders as Igor Antón, Andrey Amador, John Gadret or Ion Izagirre.

The demanding training rides during the upcoming two days in Almeria will define the schedule of the squad’s sprinters, with official lineups expected to be announced on Saturday. 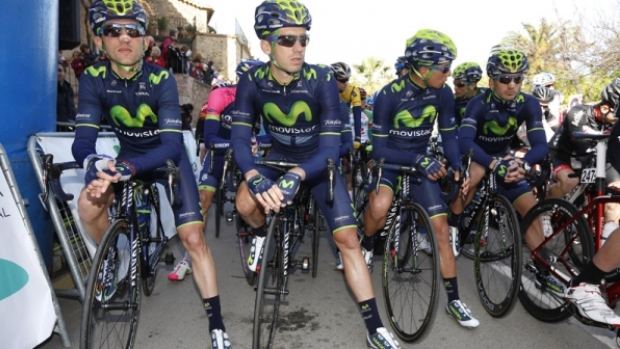 Six Day Rider: A Day In The Life