Riders Fabio Calabria and Martijn Verschoor fared best for Team Novo Nordisk at stage 4 of Post Danmark Rundt – Tour of Denmark, coming in 28th and 29th, with the first group directly behind stage winner Magnus Cort Nielsen from Denmark. The stage, from Høng to Asnæs Indelukke, was marked once again by a breakaway. Today, two riders pulled away and tried to escape, but they was caught by the group along with the two Team Novo Nordisk riders in the challenging final lap.

The final stage of Post Danmark Rundt – Tour of Denmark kicks off in Roskilde and rides to its conclusion in Frederiksberg. Denmark’s biggest sporting event will finish with 165km ride and will feature two ‘Changing Diabetes’-Bonus Sprints, the first after 26.8km in Frederikssund and the second after 60.5km in Blovstrød.

For Irish rider, Stephen Clancy, the last stage will mark a special one: “165km, including 10 laps of a circuit at the end. This will provide a great opportunity for the fans to come and cheer on the riders. The crowds along the route so far have been huge, and no doubt they will be even bigger seeing as the race finishes in Copenhagen, the home of our sponsor Novo Nordisk, so for sure we’ll have a lot of support- which is amazing. It is also the final opportunity for the teams to put on a show and perform, so it will make for some really fast and exciting racing. The morale on the team is high, and we have high expectation to finish off what has been a successful race for us so far. So we hope everybody will look out for the white ‘Changing Diabetes’ jerseys on the road.” 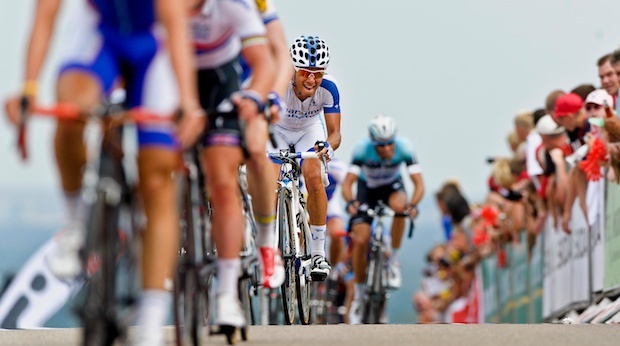