“We’re very happy with the progression we’ve seen from Cam this year,” said Sport Director Matt White. “This is the first year that he hasn’t had track obligations. In the past, he’s had to divide his attention between the track and the road. This year was his first full road season, and despite an injury that required an adjustment to his early season schedule, we’ve seen huge gains in his developments.”

In April, Meyer rode to sixth on the Tour of Turkey general classification. He finished fifth overall at the Tour of California in May. In June, he won the stage one time trial at the Tour de Suisse. He enjoyed two days in yellow before ultimately rounding out the top ten overall.

“The main reason I’ve decided to stay with ORICA-GreenEDGE is that the team has given me free range to pursue my general classification ambitions,” said Meyer. “If I were to go to another team with big leaders, I wouldn’t get the sort of support I’ve had here. The team gave me responsibility in Turkey, California and Switzerland, and they offered up the full team to back up this responsibility.”

Long touted as a Grand Tour contender for Australia, Meyer takes a more pragmatic approach when considering his objectives and ultimate goals. Before chasing results at three week races, he wants to build on his results in one week races.

“I’m learning how to ride the general classification at the one week races,” said Meyer. “I’ve achieved top ten results this year, and next year, I’ll aim for the podium at some of those one week races. Being in a team that fully supports my ambitions and rallies around me to help me achieve them has been really good.”

“I think I still have a lot more racing to do before we see if I can go into a Grand Tour overall contender role,” Meyer continued. “Obviously, that’s ultimately what I’d love to happen, but I need to prove it to myself first. The team believes it’s possible. That’s why they’re supporting me in the smaller races and putting the team at my service. They hope that in the future, I can step up and aim for big results at bigger races. Of course, I hope I can, too.”

Meyer is currently racing his first Tour de France. He recently spent the day in the winning break, ultimately finishing in ninth place on the stage. Prior to chasing his own results, Meyer played an important role in the team’s time trial victory in Nice and dug deep on the front of the bunch in defense of the yellow jersey worn by Simon Gerrans and Daryl Impey.

“The Tour de France has been a great experience for Cam,” said White. “He will learn a lot from these three weeks. We’re confident that he can take what he’s learned here into the next season and continue to progress.”

Beyond personal growth, Meyer points to the support ‘back home’ as a highlight of his first two years with Australia’s first WorldTour team.

“It’s been great to be part of something new and exciting for Australia,” said Meyer. “Every result feels extra special because we have a whole country behind us. Sometimes it feels like all of Australia is following our results and cheering for us. It gives me a little extra motivation to have so much support back home. I’ve really appreciated being part of a team that’s in the habit of creating cycling history.” 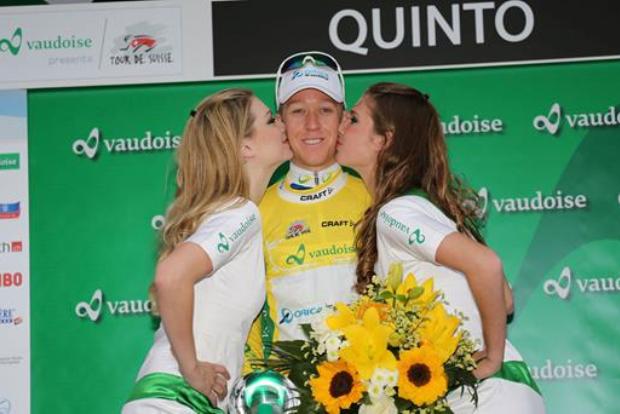