Team MTN-Qhubeka p/b Samsung is proud to welcome Thomas Campana and Manel Lacambra to its management team. Campana formally joins the team as the General Manager after acting in a consultancy role the past season. Lacambra joins the team as a sports director.

Campana has a wealth of knowledge in professional cycling and spent a number of years involved in women’s cycling before setting up the Cervelo TestTeam.

“I was actually retired and became a fan of cycling again which I enjoyed very much after the Cervelo TestTeam,” Campana said. “I was following the races in my campervan I didn’t want to get involved with any team again but when I saw the proposal and what Team MTN-Qhubeka stands for I just got emotional. It’s a team working for a social cause with Qhubeka and I thought this is a great chance to do something for someone else. This has been my first trip to Africa and after spending time in a community Qhubeka are working into yesterday, it made a deep impact and motivated me to focus and work even harder. We’re very motivated to be even more successful now because it makes a difference to the sporting side but also to our social cause.”

Lacambra will be relocating to Lucca, Italy, to work with the South African and African athletes on a daily basis. He has previously won the women’s Giro d’Italia twice as a director and was also part of the management at Cervelo TestTeam.

Team Principal, Douglas Ryder, welcomed the news. “Thomas bring a huge amount of experience to our team. He’s dealt with some of the biggest athletes and teams in the sport and has an incredible understanding of technology. To bring our team to the next level and to the grand tours of world cycling, he is the perfect candidate. He has won jerseys and stages with great athletes in the grand tours and he has a passion for performance and getting the best out of people. That’s exactly what our team is about.”

“Manel is a incredibly funny and a good guy who gels with anybody,” Ryder added. “He’s got a great personality and has lifted the spirit of our team. Cycling is a tough sport and Manel comes with huge experience as he’s worked with the US national team and been involved in men’s and women’s cycling. We’ve already seen the last few days at our training camp that he is well-liked and has great ability when it comes to interacting with the athletes,” Ryder concluded.

Team MTN-Qhubeka p/b Samsung completed its final training camp of the year in Johannesburg, South Africa today. The team’s major goal for 2014 is making its debut in a grand tour. To support the cause, please like the Facebook page and follow us on Twitter. 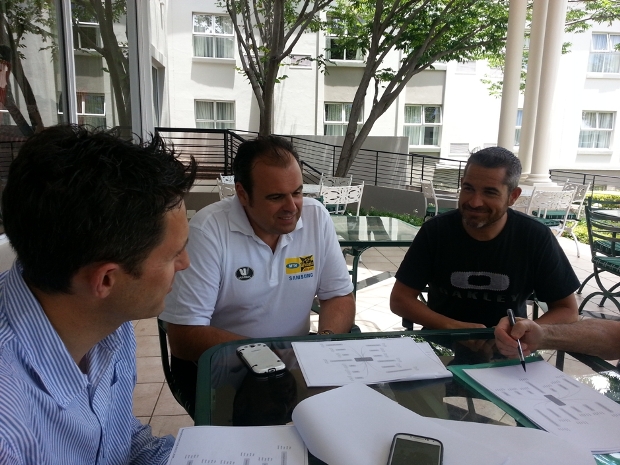