The Cannondale-Drapac Pro Cycling Team brings a balanced team to the Tour of Britain, which begins Sunday in Glasgow, Scotland. Over eight stages, the race travels 1,308 kilometers down the west of the United Kingdom before finishing in London.

Dylan Van Baarle, the 2014 winner of the Tour of Britain, will be joined by Ryan Mullen, Wouter Wippert, Jack Bauer, Sebastian Langeveld, and Ruben Zepuntke. The six-man squads plus the tight roads and spectators make the Tour of Britain an exciting race with myriad variables.

“I really like the way they are racing the Tour of Britain. It’s like a junior style race. And with only six riders in a team, it is more exciting,” Van Baarle said. “I’m looking forward to the stage with the mountaintop finish. I’m in good shape so hope that I can do something there.”

The hectic nature of the race ensures sport directors and riders have their hands full. Cannondale-Drapac’s sport director in the UK, Eric Van Lancker, won the Milk Race in 1985, a predecessor of sorts to the current Tour of Britain

“In this tour there are many aspects that come into play for the overall,” Van Lancker said. “The weather, short and steep climbs, one hilltop finish and a TT over 15 km… the deciding factor in this tour is always racing in front and not coming into the last groups on this narrow roads and open fields. We’re going to race aggressively. With six riders, it is difficult to rectify a crooked situation. It’s always better to be in front.”

Ryan Mullen said, for some reason, the Tour of Britain seems to get more difficult every year.

“I like the whole British feel of the race,” said the Irishman. “No language barriers, hard roads and more often than not some pretty amazing routes. Even if they are getting harder every year for some bizarre reason.”

“The team we are sending is a very strong one,” Mullen added. “Everyone is capable of a result on any of the eight days. We have Wouter, who’s in great form for the fast finishes, and if I’m not too nailed by the time we get to Bristol maybe I can try and do something in the time trial. But we have a lot of classics type riders here which really suits the style of racing here in the UK. It’s definitely going to be an exciting week. But hard.”

In the sprints, as Mullen indicated, Cannondale-Drapac will look to Dutchman Wouter Wippert.

“It’s going to be a tough week with a lot of climbing, turning and small roads. There will probably be some wet days, and there are never easy moments in wet stages, which makes it harder. Also the six-man teams mean less control and more unpredictable stages,” Wippert said. “After some good races the last couple of weeks I hope my shape has continued to improve so when it comes to a sprint I can compete for a stage win. I think we race with a strong lineup, so who knows how we are going to try to get the stage win? The race will be on from the first kilometer on Sunday, and we will be ready.”

Cannondale-Drapac to the 2016 Tour of Britain 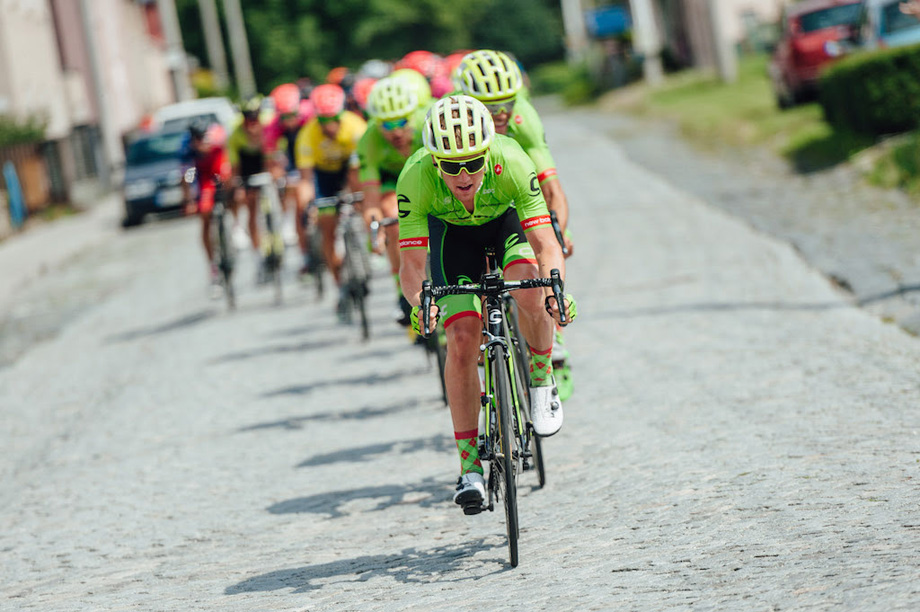