Drapac Pro Cycling will aim to deliver Jonathan Cantwell to a second Australian Criterium title when the team competes at the Cycling Australia Road National Championships on Thursday evening in the centre of Ballarat.

Cantwell won the 2011 event from Anthony Giacoppo and Stuart Shaw in a crash-marred run to the finish. In 2014, the 31-year-old will have the support of a strong Drapac line up consisting of Jai Crawford, Robbie Hucker, Ben Johnson, Darren Lapthorne, Travis Meyer, Adam Phelan, Mal Rudolph and Bernard Sulzberger.

Drapac Pro Cycling chose to forego the recent Mitchelton Bay Cycling Classic in favour of a tough training camp in Bright, alpine Victoria and Directeur Sportif Henk Vogels said that the lack of criterium racing won’t be an issue for the new Professional Continental outfit.

“The best preparation for us was to do a hard training camp with intensity, long rides in the mountains and we see that as a better preparation for Nationals and Tour Down Under and for every race after that as well,” he said.

Cantwell said that the hunt for a second gold medal has been a motivating factor in his pre-season build-up.

“It’s always good to start the season trying to get a run on the board with the national championships,” he said. “My win in 2011 was a really big highlight for me and to take the jersey away and to have that medal, makes me want to do it again.

“I’m really motivated. We’ve had a great training camp in Bright over the past week and I’m feeling really, really good at the moment and I can’t wait to put a number on this Thursday.”

Vogels explained he was confident that Cantwell can deliver.

“Johnny Cantwell can win it,” Vogels said. “He’s won it before I think he can win it again. I think we’ll start with nine guys so it will be handy to have that many in. Obviously there’s going to be 120-odd guys who want the same thing but we’ve trained well this week.

In a disappointing development, up-and-coming sprinter Tom Palmer will not be racing at this week’s championships due to a back injury.

“I was pretty excited to be getting underway at the Road Nationals and racing with the team given it’s going to be such a big year,” the 23-year-old from Canberra said.

“Unfortunately I’ve got a problem with a bulging disc and it’s not something that I want to take lightly and need to take the proper precautions, get the treatment that I need and that means I can’t race.”

Palmer will remain in Ballarat with the team while he is receiving medical attention. 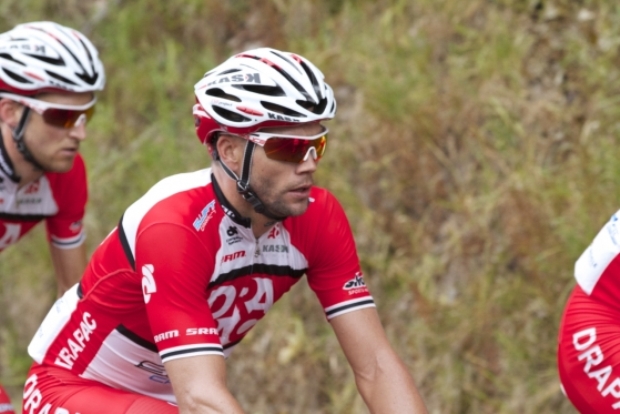 LAMPRE-MERIDA with Rotor in 2014