Drapac Professional Cycling is pleased to announce that Brendan Canty will join the team as a stagiaire from August 1, 2014.

Making his debut for Drapac at next month’s Larry H. Miller Tour of Utah, the impressive young climber from Victoria, Australia, will be looking to make the most of the opportunity with the Professional Continental outfit.

Initially a cross-country runner, 22-year-old Canty came to the sport of cycling reasonably late, via triathlon. A sixth place in the Amy Gillett Foundation’s Gran Fondo last September led to Canty being convinced to enter his first road race, the Stratford to Dargo. Fast gaining a reputation as a true test for Australia’s best climbers with a final 10.7km peak, which averages at an 8% gradient but tops out at 17% in the final kilometre, Canty turned heads by winning solo. Having captured the attention of the Australian domestic cycling community, he signed on with the Health.com.au – Search2Retain team for the 2014 National Road Series season.

Drapac Director of Performance, Keith Flory, said that Canty would be primed for the next step in his development.

“Brendan will join up with the rest of the team prior to Utah for a specific training camp, which will be tailored according to the particular demands of the race,” he explained. “It’s a tough race, so we’re doing everything we can to ensure the guys go into it as prepared as possible.

“On a number of occasions Brendan has shown some real glimpses of the talent we believe he possesses,” Flory continued. “He’s young and has lots of scope for development, so we’re very keen to put him in an environment that will allow us to work with him to continue his progression and allow him to hopefully shine.”

Canty said that he was fortunate to have been given the opportunity with Drapac.

“I am certain the next couple of months will provide an absolutely amazing experience,” he explained. “Besides the racing experience from Utah I hope to develop as much as I can while training and traveling with such a professional team. At the end of the day I’ve been given this opportunity to prove myself not only as a rider but also an individual and I am really hoping I’ll be able to achieve these objectives during my time as a stagiaire with Drapac.

“There’s no denying that the Tour of Utah is a massive step from Stratford to Dargo and it’s going to be tough but I’m really looking forward to the challenge!” he continued. “The quality of field in this race will offer exposure to some of the best riders in the world and it will give me an opportunity to experience what racing at this level is like.

“Above all, I’m looking forward to doing the best I can for the team,” Canty concluded. “It would be incredible if the team came away with a good result and if I were able to help contribute towards this, it would be very satisfying.” 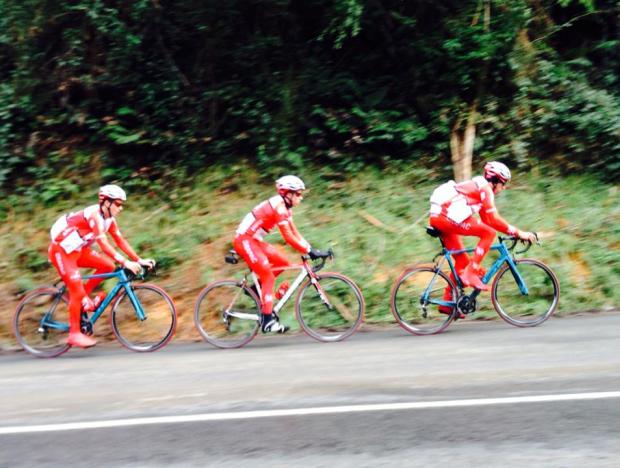