After four months of rigorous testing, training, and competing, both online and in the real world, CANYON//SRAM Racing announced a 2017 winner for the innovative Zwift Academy program from their winter training camp in Koblenz, Germany. Tanja Erath, a former triathlete and criterium racer from Dortmund, Germany, emerged triumphant from a skilled field of over 2,100 women from around the world to win a pro contract and the opportunity to race for the CANYON//SRAM Racing team during the 2018 season.

“I started this confident in my skills as a cyclist and a racer, but had no idea it’d end with me here in Koblenz with a World Tour schedule ahead of me,” says Erath. “It’s been such a journey and I’m humbled by the talent I’ve been up against, especially with [Zwift Academy finalists] Siri [Hildonen] and Bri [Torkelson]. I’m so overwhelmed!”

2016 Zwift Academy winner and current CANYON//SRAM Racing rider Leah Thorvilson had this to say about her new teammate: “Tanja’s clearly got tons of talent and a great head on her shoulders for competition and racing. She will have a lot of learning ahead of her, just like I did and continue to do, but she’s shown enough resilience balancing her medical studies and training that I know she will take this in stride. I’ve got great memories of what my 2016 announcement was like and I’m just thrilled to see her moving into this world in this way.”

For each of the three rounds of competition, a panel of judges narrowed riders down by carefully analyzing data gathered during online rides and workouts. Representatives from CANYON//SRAM, Zwift and TrainSharp coaching were all part of the selection committee who chose twelve semi-finalists before narrowing it down to the final three.

“We took a chance with the Zwift Academy last year and we’re very happy with what it brought to our team.” noted Ronny Lauke, CANYON//SRAM Racing team manager. “Leah is a great addition and, seeing Tanja’s dedication, drive, and strength only reminds us we’ve got a great program here to bring talent into the women’s peloton.”

Erath’s race schedule will be determined by the management of CANYON//SRAM Racing. There will be specific training and race skills for her to develop as she moves forward with the rest of the team into the 2018 season. Erath will have full access to all team resources, including team coaching and performance staff. Her first appearance on the UCI race schedule is expected to be in spring, following a winter of diligent preparation and training.

On making the winner announcement, Zwift CEO & co-founder, Eric Min, adds, “Zwift’s community is bigger than ever before and brimming with fit, talented cyclists. While it’s the rare few that can compete at CANYON//SRAM Racing’s level, we know there’s more talent out there in Zwift, ready to be discovered. Huge congratulations to Tanja as well as [Zwift Academy finalists] Siri and Bri, and big thanks to CANYON//SRAM for recognizing the value of Zwift Academy once again.”

Zwift and CANYON//SRAM Racing have confirmed the Zwift Academy will return in 2018. 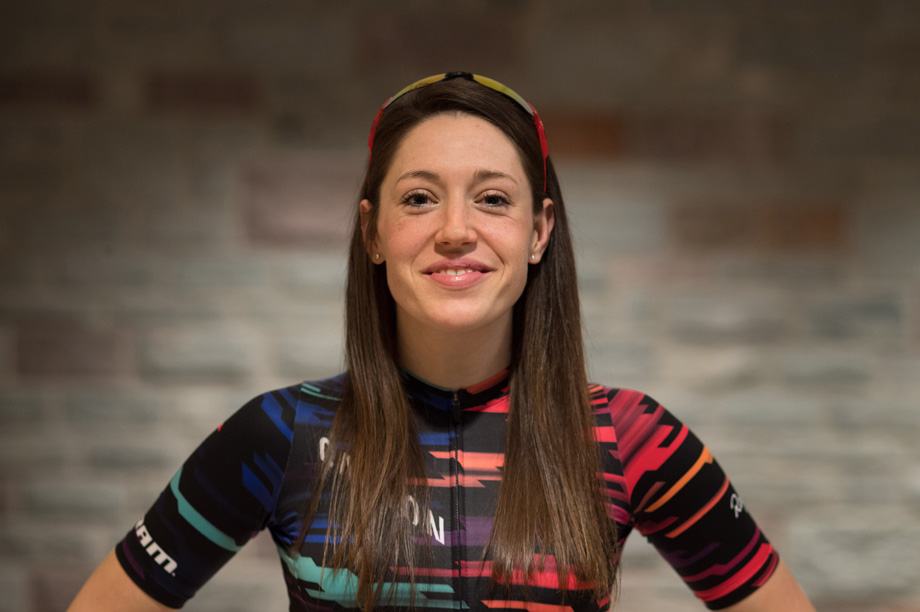 About Zwift
Zwift is the fitness company born from gaming. We’re dedicated fitness enthusiasts that also happen to be experienced software and video game developers. Combining that passion and deep understanding of the fitness world, Zwift is the first company to use massive multiplayer gaming technology to bring the outdoor experience indoors. Athletes from around the globe can train and compete with each other in rich, 3D-generated worlds simply by connecting their existing devices & hardware (e.g. cycle trainers, power meters, treadmills heart rate monitors, etc) wirelessly via open industry standard ANT+ and BLE. From friendly competition, to racing & structured training programs, Zwift is building a community of like-minded athletes united in the pursuit of a better social fitness experience. www.zwift.com

About CANYON//SRAM Racing
Launched in 2016, CANYON//SRAM Racing is a professional women’s cycling team racing at the UCI Women’s WorldTour level. From the solid foundation of experienced riders to the go-getting attitude of the younger riders, this diverse group of women seem to feed off and inspire each other. With a team motto of ‘better together’ when they are aligned they are part of something special, and even more extraordinary, these women create something special to watch.They generate a momentum and atmosphere that is unique to CANYON//SRAM Racing. They promote women’s professional cycling, they inspire people to ride all around the globe, and they are committed to delivering incredible stories. https://www.wmncycling.com

Froome And His Inhailer – Gallery And Stage 18 Interview!

On The Road With BMC!