An exciting week of cycling was closed off today with 100 Cape Rouleur 2015 riders taking part in the Cape Town Cycle Tour. Due to the fires which still burn in parts of the city the ride was shortened to 47km due to safety concerns – however the atmosphere wasn’t dampened and Cape Rouleur riders “rode in solidarity” with the Cape Town Fire Fighters.

With temperatures reaching 50C during stage 2 it has been an eventful week for Cape Rouleur riders. After 4 days of cycling, over 6000m of climbing and 600km riders were welcomed at the Cape Town Waterfront by friends and family as well as some cycling greats including Phil Liggett and MTN-Qhubeka Team Principal Doug Ryder.

The final results were as follows:

The “Spirit Of” awards recognise a rider from each group as nominated by the HotChillee Ride Captains:

Next years edition of the Cape Rouleur takes place on the slightly earlier dates of 28 February – 3 March 2016. Riders will once again be able to close off the week with riding the Cape Town Cycle Tour on the 6 March.

2016 entries will open on Monday 9 March at 2pm UK time on the web site www.caperouleur.com. 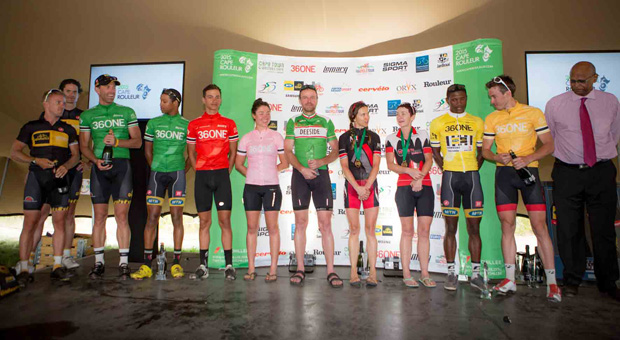 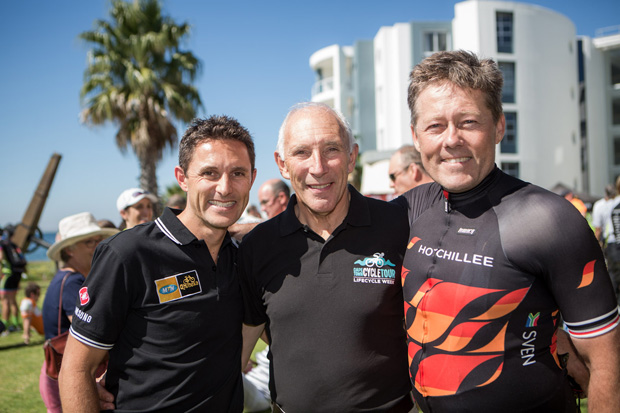 MTN-Qhubeka Team Principal Doug Ryder, “The Voice of Cycling” Phil Liggett and HotChillee founder Sven Thiele at the finish of the Festival Ride 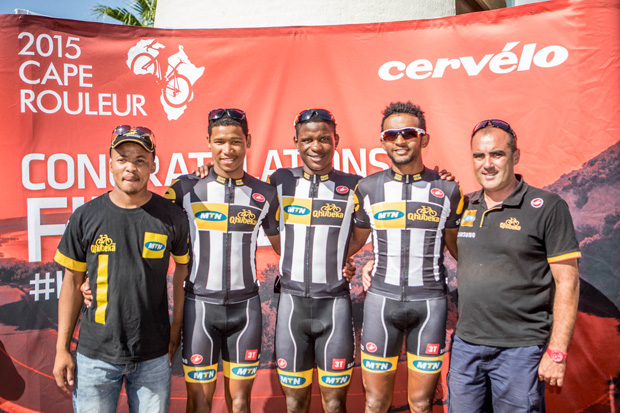 MTN Qhubeka feeder team at finish of the Festival Ride