Net proceeds will be directed to Alaina’s Voice Foundation which is focused on mental health support for individuals and families in need.

Launching this fall, CAPO and Ride Napa Valley are proud to announce the new ENOUGH cycling kit. The kit stems from the vision of businessman and men’s semi-professional soccer team co-owner, Arik Housley of, Napa Valley 1839 FC, who tragically lost his daughter Alaina to the mass shooting at the Borderline Bar & Grill in Thousand Oaks, California, November 7th, 2017. On October 19th, 2019, Housley’s Napa Valley team walked out on the field to play the New York Cosmos with a singular and powerful message: ENOUGH. The uniform is carefully inscribed with the cities and names of lives lost in just two years of mass shootings in the United States. The jerseys, also sold to fans, have raised more than $30,000 towards Alaina’s Voice Foundation which is focused on mental health support for individuals and families in need. “The foundation believes stopping one act of senseless violence in the future may not be measurable, but it is worth saving one more life and one more family the heartache,” stated Housley. 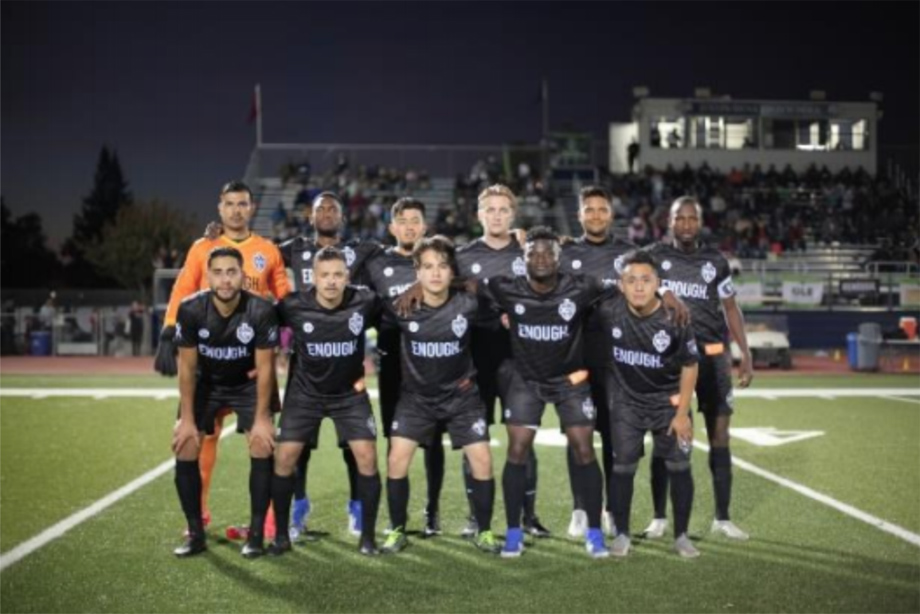 Ride Napa Valley, an event production company, which supports many nonprofits including Alaina’s Voice Foundation, partnered with CAPO, a high-performance custom cycling apparel company, to design the ENOUGH cycling kit. The kit’s orange bands on the sleeves and shorts represent the color of gun violence prevention and also serve as a bold signal for road or trail visibility. The kit was promoted during the third annual Rock the Ride, a benefit event for gun violence prevention, inspired by Congressman Mike Thompson (CA-05) and Napa County Sheriff John Robertson, as a way for the community to get involved by using their voices (and feet) to raise funds for local and national nonprofit organizations including addressing critical issues on gun violence. These organizations include, Everytown for Gun Safety/Moms Demand Action, Giffords Law Center, and AFFIRM Research. Thompson, Chairman of the Gun Violence Prevention Task Force led the House passage of H.R. 8, his Bipartisan Background Checks Act of 2019 to expand background checks and is the first major House vote on gun violence prevention legislation in a generation. Thompson is committed to wearing his orange cycling socks every day until Senate Majority Leader Mitch McConnell calls a vote on H.R.8.

“We’re incredibly grateful to have the support of this extended cycling community, and for me personally, a new cyclist, I look forward to replacing my soccer jersey with a real cycling jersey,” commented Housley. 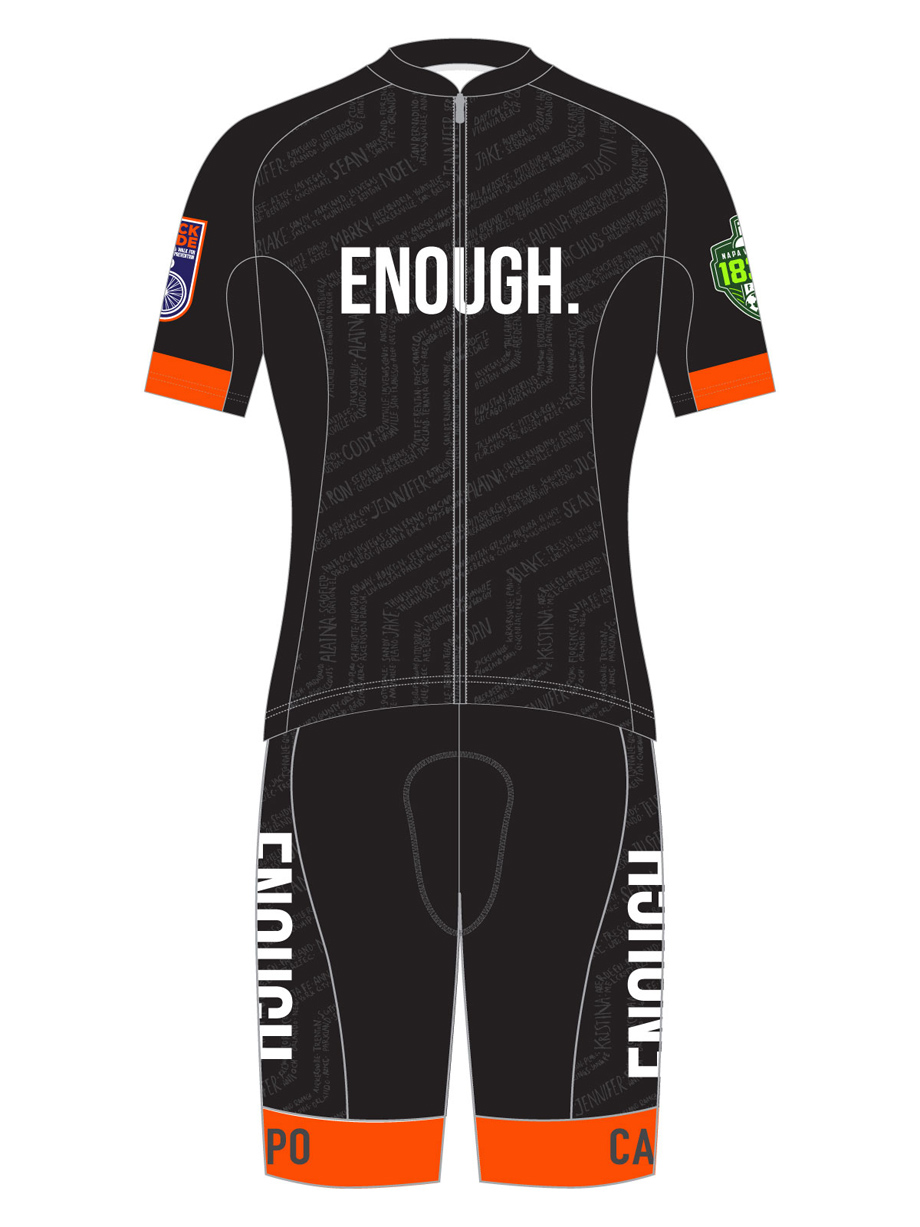 The ENOUGH kit is sold in men’s and women’s sizing and will be available October 2020 in advance of the inaugural #ENOUGH cycling event, happening virtually on November 7th – two years to the date of the Borderline tragedy. Net proceeds will be directed to Alaina’s Voice Foundation.

For more information about the ENOUGH kit, visit https://capocycling.com/collections/enough

ABOUT CAPO CYCLING APPAREL
Based in northern California and made in Italy, CAPO is dedicated to technical performance, progressive style and uncompromised quality. Their passion for cycling drives them forward as they blend the most advanced fabrics, anatomic designs and superior craftsmanship to create cycling apparel one will be proud to own. From race-inspired jerseys to all-day comfort bib shorts, windproof vests to purpose-built rain jackets, body-mapped base layers to fleece-lined gloves and high-visibility warmers.

ABOUT ALAINA’S VOICE FOUNDATION
Alaina Housley was a victim in the mass shooting at Borderline Bar in Thousand Oaks, California. The foundation’s mission is to inspire hope and kindness in our communities through education, music and mental health initiatives. The foundation believes stopping one act of senseless violence in the future may not be measurable, but it is worth saving one more life and one more family the heartache. For more information, please visit alainasvoice.org.

How To Improve the Safety of Big Cycling Events?

Who Will Generate The Most Pedal Power At Le Tour