Carmen Small has continued her good run of form this season by finishing fifth in Sunday’s Gent Wevelgem.

The America has been in the top 20 nearly every race she’s started this season and carried on her attacking riding she displayed during last weekend’s Trofeo Alfredo Binda.

“It was really hard today,” the former US time trial champion said. “I tried to be in the moves all the time. At one stage four of us got away but Boels chased it back. About 10 of us got away around the 10km to go mark and Chantal attacked from that group. I tried to do one attack with 2km to go but was closed down by two Boels riders as they were sitting on so it was easy for them to cover. I then tried to position myself for the sprint, I was tired by then as I did a lot work in the last 30 kilometres making sure no group got away.”

The first significant split happened when the race went up the Kemmelberg for the first time. A group of 28 riders formed with Cervélo Bigla Pro Cycling team represented by Small, Ashleigh Moolman-Pasio, Joelle Numainville and Lotta Lepisto.

From there the group kept getting whittled down on the climbs and in the wind. Small said, “Being in front was key for the day with the small roads and how windy it was. I was fortunate to position myself well today and my aim was to be in the front group all day. The team rode really well together. We stayed close to each other so it was much easier to move around the in the pack.”

Unfortunately Moolman-Pasio suffered a mechanical during a key moment that put an end to her chances of a good result. Team Manager, Thomas Campana commented after the race saying, “We had a good tactic today. The majority of our group is getting better every race and that’s great to see. Our plans were interrupted when Ashleigh had a mechanical at an important point. After that she was between the first and the second group so she had to wait for the second group as it was almost impossible to get across in that wind. The fact that we had so many numbers up front is a good sign and Carmen pulling off a good result is great.” 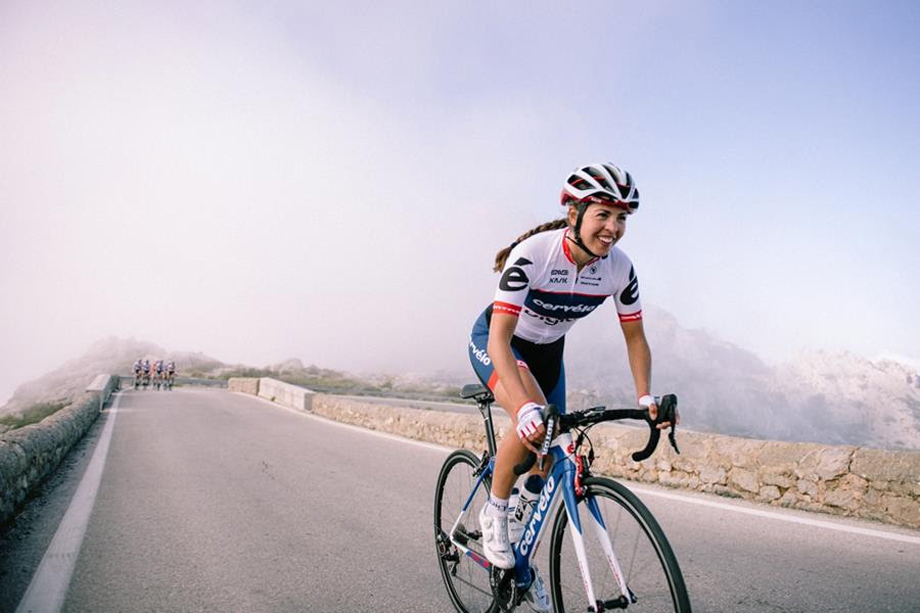