CBRE CYCLE TO MAPIC 2014: Day two – the rain and road closures of the Rivieria

As the peloton gathered for the departure photo at the front of the Grand Hotel Arenzano for the second day of the CBRE CYCLE TO MAPIC 2014, the lightening flash over the sea was an early warning system for what the riders were to face today. The first few miles along the Italian Riveria were rolling ups and downs: steady inclines followed by swooping descents. As the weather dried out and the sky brightened, so too did the riders’ mood, and the banter and good natured ribbing became more lively.

The twisting coastal road took the riders through a mix of old and new architecture: pretty villages with palm-treed lined roads, functional coloured concrete housing blocks, bustling market towns. The morning’s coffee stop was a lesson in speedy barista skills that would put most British coffee shops to shame. 40 espressos later and the riders were ready to roll out into the rain.

The first closed road of the day, due to landslips caused by the torrential rain, resembled a cyclocross race as riders negotiated barriers, mud and gravel for safe passage under the guidance of the French motorcycle crew. However the second closure posed a more significant problem and the CYCLE TO… and French teams worked to find an alternative route while the cyclists sheltered from the torrential rain and refuelled on bananas, Mule Bars and jelly babies.

With a police escort along the main road, the peloton headed off in the pouring rain towards lunch. At Andora, the restaurant’s fire was used to maximum effect to dry damp lycra and soggy posteriors. Apparently it had only rained in Andora for five days in the past 30 years, so it was evident that all of the past 30 years’ rainfall had arrived today.

Straight after lunch came Capo Berta, where once again the camaraderie and support of the peloton came to the fore as a number of the stronger riders gave helping hands to those struggling with the gradient. Again the rain came down but mercifully it stopped in time for the dish of the day, the Poggio, the final famous climb of the Milan-San Remo, which comes complete with messages of the support (for the pros) on the road. The Ride Captains let the riders take it at their own pace, with contrasting thunderstorms hanging low over the turquoise ocean.

With everyone having made it to the top of the Poggio under their own steam, it was time to for a few celebratory photos and then the high vis jackets were donned for the dessert of the day, the descent off the Poggio with spectacular views of the pink skies of sunset. Due to the day’s earlier detours, the crew had once again been forced to alter the route so the peloton took a detour through the stunning Russian and British-influenced architecture of San Remo, the traditional finishing point for the Pro Tour Classic Ride.

As darkness closed in, the ride passed through stunning riverside towns complete with spotlit churches and monasteries. The final climb to the hotel was a long, dark slog with dim hints of the valley and raging river we were cycling up through. The Hotel Lago Bin was a welcome sight as riders dismounted after 160km.

Stuart Black of team sponsor McLaren Property commented, “Today was a really challenging ride because of the very difficult weather conditions. The group was brilliant at getting on with it and the support team at dealing with all the consequential stuff that happened: road closures, detours, landslips and more. I’m not sure many would call it brilliant, but everyone felt they’d achieved something because they’d got through such a challenging day.”

The celebratory evening meal included a presentation by Coram’s Martin Cooper and Rhian Fletcher, who told the riders where the funds raised would be going and how many children and families they’d be helping. 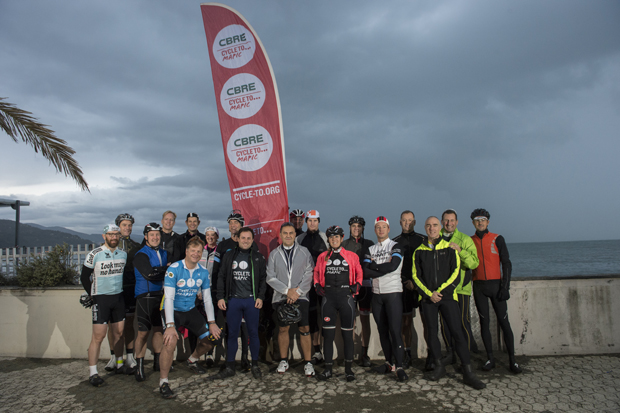 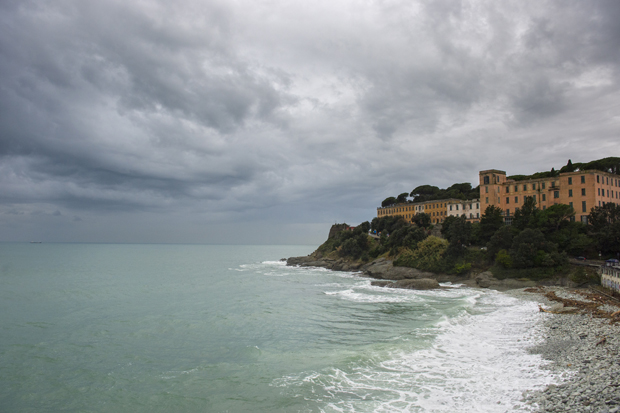 Ride25 partners the Dame Kelly Holmes Trust for the #DoubleGoldTour