On Thursday, Cecilie Uttrup Ludwig won the Danish national time trial championships for the second year in a row. The 21-year-old blazed around the 28km course in a time of 39 minutes 13 seconds.

The pan flat course wasn’t particularly suited to the leader of the WorldTour youth classification but she says her preparation and program coming into the race set her up for victory.

“I’ve had a good season and good preparation coming into the race. Thomas [Campana] was guiding me and told me a good performance at the Women’s Tour would get me ready for this race and I believed in it. There was pressure, mostly from myself so I’m extra proud I could repeat the victory,” Uttrup Ludwig said.

“It was a tight fight. I’m really happy because the Danish women’s level has been so high this year. I think it’s the highest level I’ve seen in Danish women’s cycling so that makes me really proud to win. The course wasn’t suited to me. It was totally flat; I have never seen a flatter course than this. There was no wind to make it tough so I really had to bring my A-game to win this but I wasn’t going to raise the white flag and give up even though the course wasn’t for me so I had to believe and that’s what I did.”

The victory is her second of the year in her first season with Cervélo Bigla Pro Cycling Team. It is the team’s third national time trial title of the year following Ashleigh Moolman-Pasio’s victory in South Africa and Lotta Lepistö’s in Finland.

Uttrup Ludwig will next line up in the road race on Saturday. 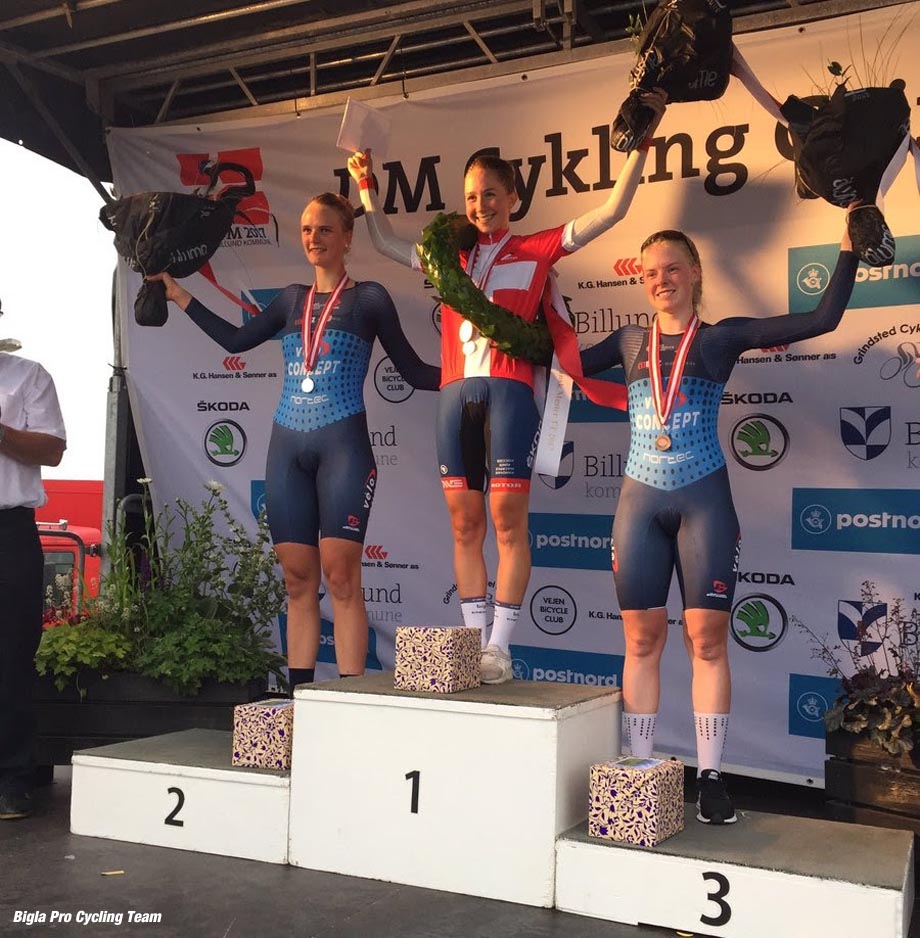 Dehaes: “Throw my wheel first on the line”