In 1904, the founder of the Tour de France lamented, “The Tour is finished. It has died of its success, of the blind passions that it unleashed, the abuse and the dirty suspicions.” Now as the Tour achieves its 100th edition this month, Tour de France 100 celebrates the world’s greatest sporting spectacle.

Tour de France 100 is a featured sports book in Barnes & Noble bookstores this June and July and is also available in bookstores, bike shops, and online. Beginning June 20, celebrate the 100th Tour de France with a rare and restored Tour de France photograph each day at www.TDF100.com.

The Tour de France, first staged in 1903, is the world’s greatest sports spectacle, packed with heart-stopping drama, legendary rivalries, bitter tragedy, and outright farce. In its 100 runnings-the race was interrupted twice by war-it has cast its spotlight on some of the greatest athletes of all time, who fought their way across France’s magnificent landscape in pursuit of victory and the yellow jersey worn by the Tour’s overall leader.

In Tour de France 100, award-winning journalist Richard Moore celebrates all that is great, fantastic, amusing, outrageous, and overwhelming in the Tour through illuminating text and a cascade of defining images from the race’s extraordinary history.

Vividly reproduced photos abound of heroes of the race, from pioneers like Octave Lapize and Eugène Christophe-first to wear the yellow jersey-to legendary warriors like Eddy Merckx and Miguel Indurain. The great battles-Fausto Coppi versus Gino Bartali, Greg LeMond versus Bernard Hinault-are richly told, as is the shocking death of Tom Simpson and the controversial disgrace of Lance Armstrong. And the high drama of the modern era, represented by super-sprinter Mark Cavendish and the droll Bradley Wiggins, is fully covered as well.

There is nothing else that compares to the Tour, and Tour de France 100 is a superb celebration, as well as a keepsake of the Tour’s 100th edition that will be treasured by all cyclists and bike racing fans.

Richard Moore is a sports journalist and author. His first book, In Search of Robert Millar, won Best Biography at the 2008 British Sports Book Award. His second book, Heroes, Villains and Velodromes, was long-listed for the William Hill Sports Book of the Year. Outside magazine named Slaying the Badger one of the ten best cycling books of all time. Moore writes on cycling and sport and is a regular contributor to the Guardian, Sky Sports, and the Scotsman. He is also a former racing cyclist who represented Scotland at the 1998 Commonwealth Games. 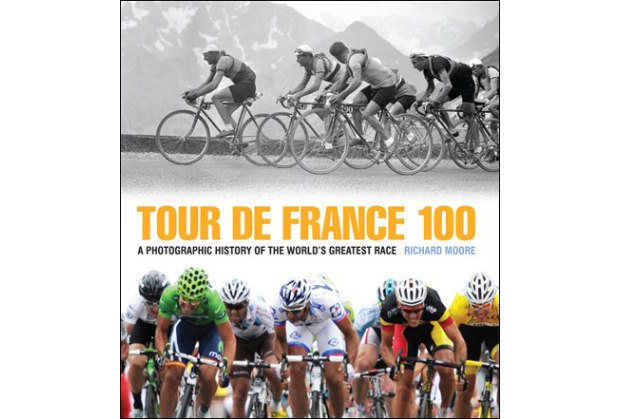