Cervélo: “It’s simple, we do care about women”

The team’s first training camp of the year concluded in Mallorca this past weekend. The first week of activities included partner meetings where Cervélo was present to talk about the thought process behind the company’s technology. The discussions included current products that the team has access to as well as future technology on the horizon.

Cervélo, Director of Marketing, Antoine Ballon, was in attendance and said, “It was really important for us to be able to meet with the team, put real personality behind faces, and have the opportunity to share some extra time with them. We decided to become title sponsor for the team this year, we are increasing our support to the team, and that has to show beyond products. Like [General Manager] Thomas Campana used to say, we are a family and that has to translate into a real relationship. Their professional environment and dedication blew us away and I personally really appreciated the great interest they have shown during the product presentations. Our engineers had time to explain the thought process behind our technologies and also introduce some hint of what is to come in the future. The depth of knowledge and feedback from the riders was incredible. We definitively want them more involved in our testing phases.”

Why sponsor a women’s team? At the end of 2014, Cervélo announced it was to become a frame supplier to the team in 2015. A year later, the company increased its backing to become a title sponsor.

“It’s simple, we do care about women,” Ballon continued. “We always have but communicated this poorly. This wasn’t just about sponsoring a women’s team but THE women’s team. We have known Thomas for a long time, we know the experience he is bringing and he presented us his new communication plan headed by Xylon [van Eyck]. With that in mind we knew The Cervélo Bigla Pro Cycling Team was the right one for us.”

The relationship is a mutually beneficial one where Cervélo spent time with the riders during the camp to talk about products but also to receive feedback from the athletes. “Because women also tend to be more thoughtful about the bikes, it also gives us the opportunity to really put the products to the test. After having been at the camp, we are now convinced more than ever that the feedback we will receive will be invaluable. It will definitively help us to continue to develop bikes performing at the highest possible level.”

The frames available to the team this year will include the P5, S3 and S5 as well as the R5. Ballon explains the different uses for the bicycles. “The P5 is for the TT, then a combination of our renowned aero road bikes, S5 and S3 for most of their road events, and occasionally the team will switch to R5 during pure climbing stages. Those are the exact same bikes as the ones Dimension Data are using. The girls get only the best from us. This is more than fair. It is time for people to realise how good these women are.” 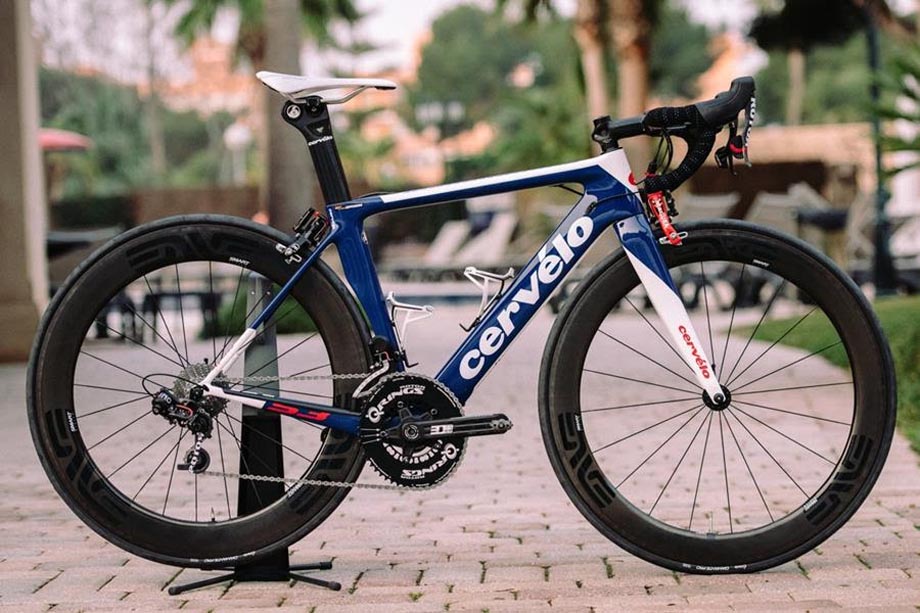