Toronto, Canada – 10-December, 2013 – Cervélo’s much-anticipated new R3 and S3 models are now live on its website and shipping to retailers, the company said today. The new designs were originally glimpsed at the Eurobike and Interbike trade shows but are now being formally launched to the cycling public. 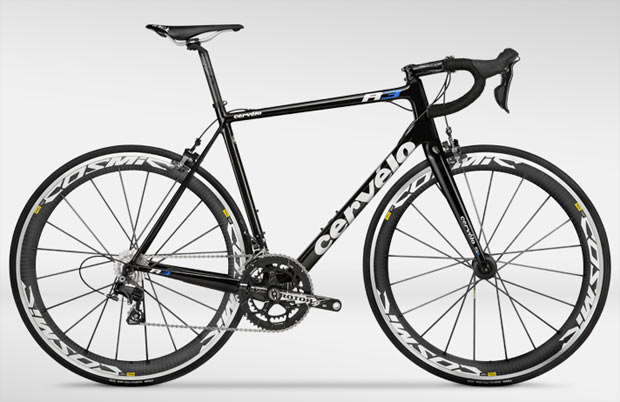 For the R3, key innovations of the all-new chassis include the company’s proprietary Squoval™3 tube shapes and reoriented seatstay ellipses, which together decrease bike-and-rider wind resistance by more than 7 watts versus the previous R3 generation. Head tube and bottom bracket stiffness have been enhanced by 24% and 8%, respectively, while retaining the R3’s sub-1000-gram status as an industry performance benchmark in its price class. 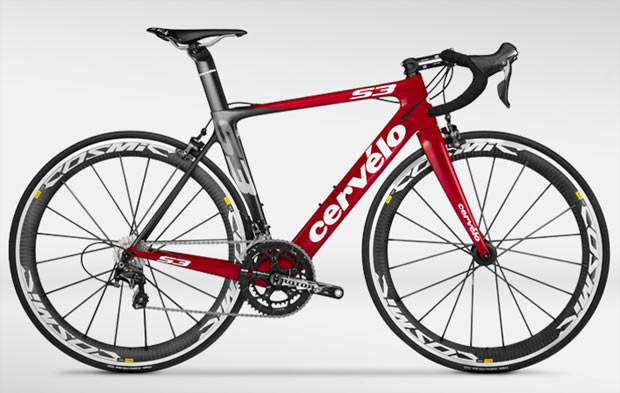 The S3 also focuses on enhanced stiffness without weight penalty. The new tapered head tube is 23% stiffer, and Cervélo’s exclusive BBright™ technology increases bottom bracket rigidity by an additional 16%. In addition, the S3 now sports a flattened down tube trailing edge for improved aerodynamics with bottles, ultra thin seat stays, and a partial seat tube cutout that shields the bike’s rear wheel from the wind while still allowing tire sizes up to 25mm.

The new designs are available with Shimano Ultegra 6800 or Di2 6870 packages. Both are also available in a frameset package that includes headset, seatpost, and BBright bottom bracket.

About Cervélo:
Phil White and Gerard Vroomen founded Cervélo in 1995 when their design for a new time trial bicycle failed to garner interest from traditional bicycle manufacturers. Today, Cervélo is one of the world’s premiere manufacturers of high-performance road and triathlon bicycles, partnering with the elite athletes like current IRONMAN® Men’s Pro World Champion Frederik Van Lierde and one of the world’s top pro road cycling teams, Team Garmin-Sharp.

Cervélo is recognized internationally as one of the most innovative and fastest-growing bike manufacturers. Readers of VeloNews, CycleSport, Inside Triathlon and Slowtwitch consistently vote Cervélo as their #1 “most likely to purchase” brand. For further information visit www.cervelo.com.