The Champion System Pro Cycling Team heads to the inaugural Tour of Alberta with a speed-oriented roster for the Canadian race that begins Tuesday.

“We’ve changed the roster up a bit from our other North American races and look to concentrate on a more speed-oriented race in Alberta,” Beamon said. “We have confidence that if the stages come down to field sprints, we have a fast lineup plus the added incentive of showcasing Champion System’s Canadian national champion kit.”

The six-day stage race begins with a 7.3-kilometer prologue through the streets of downtown Edmonton. Beamon said he is looking to Bell – who scored three top 10 finishes, including a stage win on Stage 6 at the Tour de Korea in June – for the opening race.

“The prologue and other potential sprint opportunities should allow Zach to feature his track-honed speed,” Beamon said. “We’ll be looking for him to set a good time in the prologue and for Roth to hunt stage wins with his aggressive riding style.”

Bell, who started competing in cycling in Alberta, said he is excited to race in the Canadian national jersey in front of his home province.

“It will be a huge honor and I am excited to fly the colors and create some excitement,” he said. “With a little luck, I think I can do some good things for the team in this event.”

The Canadians will be joined by Americans Chad Beyer, Chris Butler and Craig Lewis, all climbers who recently finished the Larry H. Miller Tour of Utah and the USA Pro Challenge in August. Rounding out the eight-man roster are New Zealander Clinton Avery, German Matthias Friedemann and Hong Kong-native Fu Shiu Cheung, who signed on as a stagiaire in August.

While the course profiles suggest a sprinter’s race, Roth said Champion System’s dynamic squad would allow it to respond to different scenarios on the road.

“I think we’ll have all our bases covered depending on how the race develops,” Roth said. “Our team is looking strong with Zach and Matthias being our quickest riders. Clinton is always super strong and reliable and if the weather gets rough, he’ll be at home.” 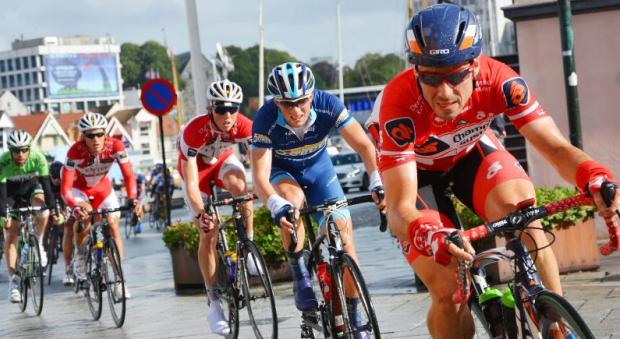 To perform and prepare in Tour of Alberta