The Champion System Pro Cycling Team will be eyeing breakaways and bunch sprint finishes when it takes the start line Thursday at the first professional road race competed above the Arctic Circle, the Arctic Race of Norway.

Champion System will benefit from Sport Director Franky Van Haesebroucke’s knowledge of the area. From 2007-08, he served as sports director for Team Sparebanken Vest, a Norwegian pro cycling team.

“The race will be held on some very scenic and windy roads,” Van Haesebroucke said. “Stage 1 has a few difficult climbs, so the overall winner could already be determined after that race.”

Van Haesebroucke said the course suits the strengths of his international squad, so he has high hopes it will produce results. The four-stage race covers 705 kilometers and starts in the Nordland city of Bodø before traveling even farther north across the Vestfjorden and onto the island of Austvågøy before ending at its northern most point, the Troms city of Harstad.

“We have a strong team with Zach Bell and Clinton Avery in very good form,” Van Haesebroucke said. “Mart Ojavee will find that the roads in Norway perfectly fit his style, while stagiaire Dion Smith and Kin San Wu are motivated to get in some breakaways.”

Bell, the Canadian national road champion, has had a solid first year with the Champion System team which has included a stage win at the Tour de Korea in June. Bell said that he is eager to race in the northern parts of Norway because it reminds him of home.

“Having grown up in the North, I am excited to do a race in this area,” he said. “After a strong early summer, I am working to build back my form for later in the year. But my fitness is still at a level that will allow me to contribute to some positive performances.”

Rounding out the six-man squad is sprinter Matthias Friedemann, who is looking for his first stage win after runner-up finishes on Stage 2 of the Tour de Beauce in June and Stage 4 of 4 Jours de Dunkerque in May. 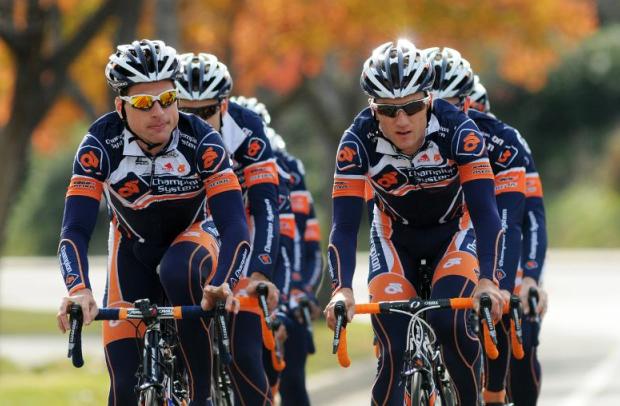