The 20-year-old Smith – who was fourth at the Tour de Delta in July and sixth at the Parx Casino Philly Cycling Classic in June while racing for Team Predator Carbon Repair – lines up at the one-day race for the first time as a stagiaire.

“I am excited to be joining Champion System for the race,” Smith said. “It will be a good race opener to start my next few months of racing in Europe with the team and I am eager to see how I hold up against some of the best riders in the world.”

Champion System General Manager Ed Beamon said he is anxious to see how the New Zealander performs in the European races.

“This is a course that will favor his aggressive style,” Beamon said. “I know he is excited and motivated for his first race with the team and he will bring a lot of energy to the start.”

“Brammeier is especially motivated to perform well here and Bell gives us some good speed for the finish,” Beamon said. “I think we have some strong lead-out men for him if it comes down to a bunch kick.”

The 220-kilometer race starts in Queen Elizabeth Olympic Park, passes through all 12 London boroughs and crosses the hills around Surrey before finishing on The Mall in central London.

“It’s very exciting to have the team competing in one of the most beautiful and historic cities in the world,” Beamon said. “Champion System has a strong presence in the UK, so it’s an added bonus to be able to represent our sponsor in a country that continues to show tremendous enthusiasm for the sport.” 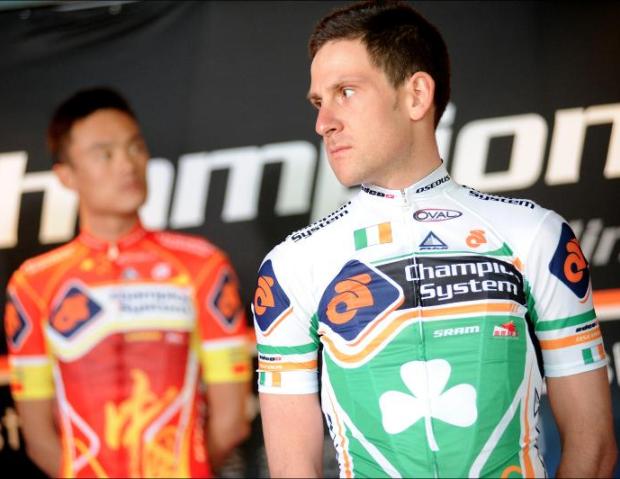