The Champion System Pro Cycling Team was runner-up – by one second – to Team MTN-Qhubeka at the Stage 5 team time trial at the Tour of Korea.

“Everyone gave everything they had,” Champion System Assistant Director Chris Wherry said. “Our guys rode a perfect race and never missed a beat. This was the best I’ve seen our guys perform in a team time trial so far.”

The demanding 25.5-kilometer course featured two short, but steep climbs. Champion System was down to just five riders after Fabian Schnaidt crashed out during Stage 3 and Bobbie Traksel had to withdraw due to illness. Despite being shorthanded, Champion System powered to a 35:20 finish, just one second shy of MTN-Qhubeka.

“I thought for sure we had the win today,” Wherry said. “The guys looked that good out there and rode their hearts out. I have to take my hat off to the MTN-Qhubeka’s team, sometimes you can do everything right and still come up just a little short.”

“Although I am disappointed, we rode the best race we possibly could,” Zach Bell said. “Not one guy missed a turn and we rode very tight. I honestly don’t know where we would have found more seconds.” 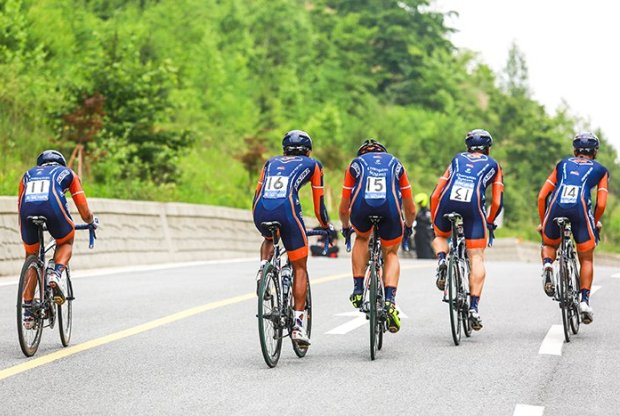