Champion System General Manager Ed Beamon said he selected a couple of stagiaires to add depth and diversity for the 943-kilometer race, but the heart of the team is built around Americans: Chad Beyer, Chris Butler and Craig Lewis.

“This is a climber’s race, so we’ve really focused on a roster we expect to be able to handle the long arduous climbs that define the race,” Beamon said. “Butler, in particular, is really focused on the Tour of Utah as a seasonal highlight, but Beyer and Lewis have also been training specifically for this block.”

Butler said he has been training in the Park City area for the past 10 days to acclimate to the altitude and to perform reconnaissance for the final stages. Saturday’s 182.6-km race with a summit finish into Snowbird and Sunday’s 125.5-km stage that features a beyond category climb over Empire Pass are the races he said he is targeting.

“I have climbed and descended the key climbs several times now in training and having even raced most of them, so I know what to expect,” Butler said. “My fitness is where it needs to be to get the results I want, so I hope to be a serious factor in the race.”

Two stagiaires – Costa Rican Gregory Brenes and Fu Shiu Cheung of Hong Kong – will make their debut. The 25-year-old Brenes was silver medalist at the Costa Rican individual time trial in June while the 21-year-old Cheung won the Hong Kong national track championship in the team pursuit in March and took the overall win at the Tour of Hong Kong in April.

“Fu Shiu Cheung is our latest pan-Chinese recruit and he is really excited to start his professional career in such a prestigious event,” Beamon said. “He’s really looking forward to making a big contribution.”

“This is my first time racing in the States and also my first time racing on a professional team,” Cheung said. “I am very excited about it, especially because Champion System is also a Chinese team. I am the youngest on the roster, so I’m looking forward to learning from the more experienced riders.” 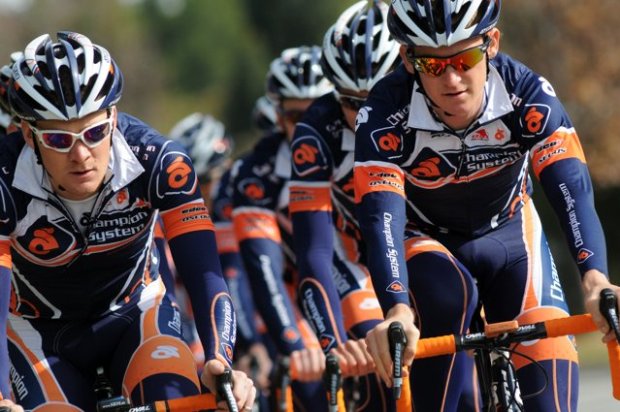