Team’s Matt Brammeier earned his best result to date with third place at Izegem Koers in Belgium on Thursday.

“Matt rode a good race and was one of the best riders today,” Champion System General Manager Ed Beamon said.

The 163.2-kilometer race saw several breakaways, all featuring a Champion System rider. With 20 km remaining, a group of five riders – which included Irish national road champion Brammeier – escaped and held on to the finish. Tim de Troyer (Accent Jobs-Wanty) took the win ahead of Sam Bennett (An Post ChainReaction) and Brammeier.

“I went in with the tactic to stay in the front group for the whole race, so I never was in the position to chase,” Brammeier said. “My plan worked until the final kilometer, where I hesitated and let two guys slip away a little too far. I was happy with my result and condition, but of course disappointed not winning.”

Champion System continues a block of Belgian races on Saturday at Paris-Brussels.

“I’m looking forward to the next races where I can hopefully utilize this form and keep the Champion System jersey at the front end of the races,” Brammeier said.

Champion System is also competing at the Tour of Alberta, where Matthias Friedemann finished eighth on Wednesday’s Stage 1. Ryan Roth is Champion System’s best-placed rider overall in 30th, 1:10 behind Peter Sagan (Cannondale Pro Cycling), who has held the lead since the prologue. The six-day race continues Friday with Stage 3, a 169.8-km race that begins in Strathmore and features two categorized climbs before finishing in Drumheller. 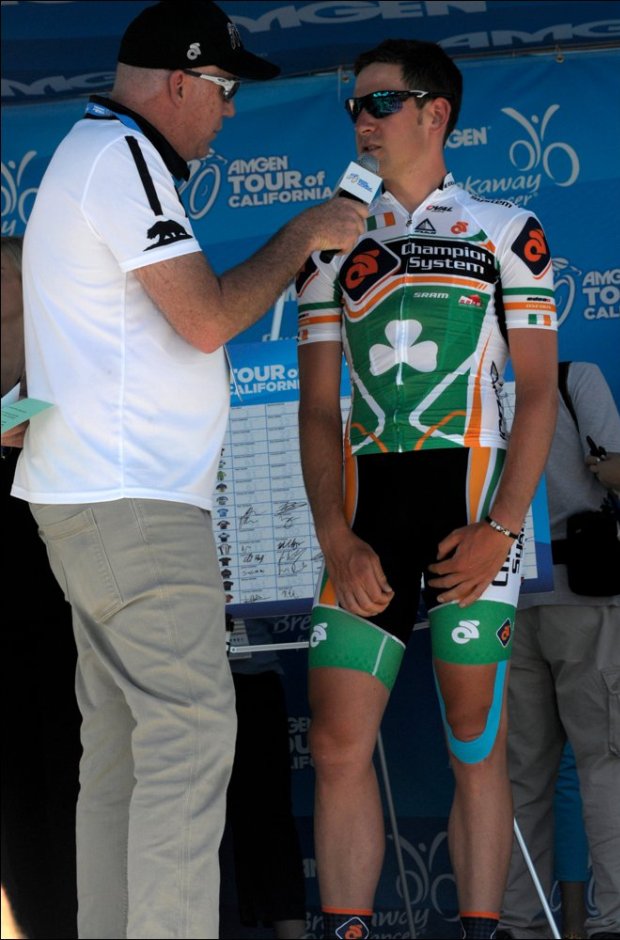 Two appointments for LAMPRE-MERIDA in the weekend