“I am very proud of the team for defending a top-six general classification rider placing,” Champion System General Manager Ed Beamon said. “When you look at the quality of riders on the top 10, you realize that is a pretty solid result. Even more impressively, the guys showed their depth in the team classification result.”

The seven-day stage race showcased the team’s consistency and lineup of climbers from the start when Craig Lewis earned the FirstBank most courageous rider jersey after launching an attack on Stage 1. Brenes, who signed as a stagiare earlier this month, climbed into the top 10 following an aggressive ride on Thursday’s Stage 4 queen stage from Steamboat Springs to Beaver Creek that featured five categorized climbs.

Champion System helped animate the race during Sunday’s 116.5-km stage when Chun Kai Feng was part of a seven-man breakaway that escaped on the first of eight laps around a 14.5-km course through the streets of downtown Denver. They were caught with 15 km remaining.

“We tried all week to get Kai in a break and he did it today,” Beamon said. “He took a shot going for the most aggressive rider jersey. I am really happy he was able to get up there and it was a great ride by him.” 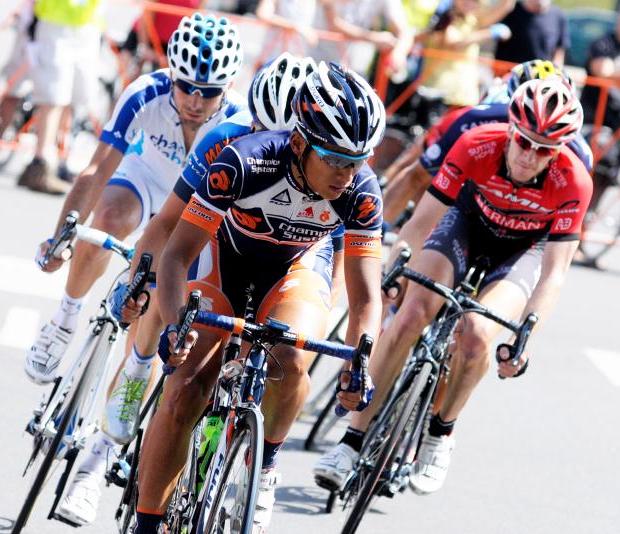