Chef Oldani and Gimondi, the odd pair riding together on Bergamo’s roads

Nothing could stop them, nor even bad weather. Two real phenoms in their kind, side by side on Granfondo Gimondi-Bianchi’s roads: cycling legend Felice Gimondi and Italian Chef Davide Oldani, whose “cucina pop” has become famous all over the World. They had scheduled a test ride on the route some thousands of riders will face in Bergamo on May 4th, and they stack to the plan in spite of unpleasant weather.

It came out a funny and entertaining day, with Gimondi providing valuable pieces of advice and even helping Oldani to repair his air chamber after a puncture: “Thank you Felice, I am not that much experienced yet…”, the Chef admitted. After climbing the Colle dei Pasta, Gimondi and Oldani leisurely finished their ride, and the Champion gave his encouragement to the passionate Chef. “At some point on the climb I could hardly follow his pace, if he trains enough he could even handle the medium route,” Gimondi said.

Oldani showed up with a striking apparel, the signed yellow jersey Chris Froome, donated to him, having an almost 50-year-old Tour de France’s winner aside. Davide thanked Felice: “I was proud and excited to ride along with Felice, we talked a lot along the way. It was an enchanting opportunity to find out more about this great man, and all the sacrifices he needed to endure to reach the top. I will join the event on May 4th, I promise, as well as Felice promised to be my welcome guest at my restaurant: waiting to improve my performance on saddle, I would like to show him my best talents”. 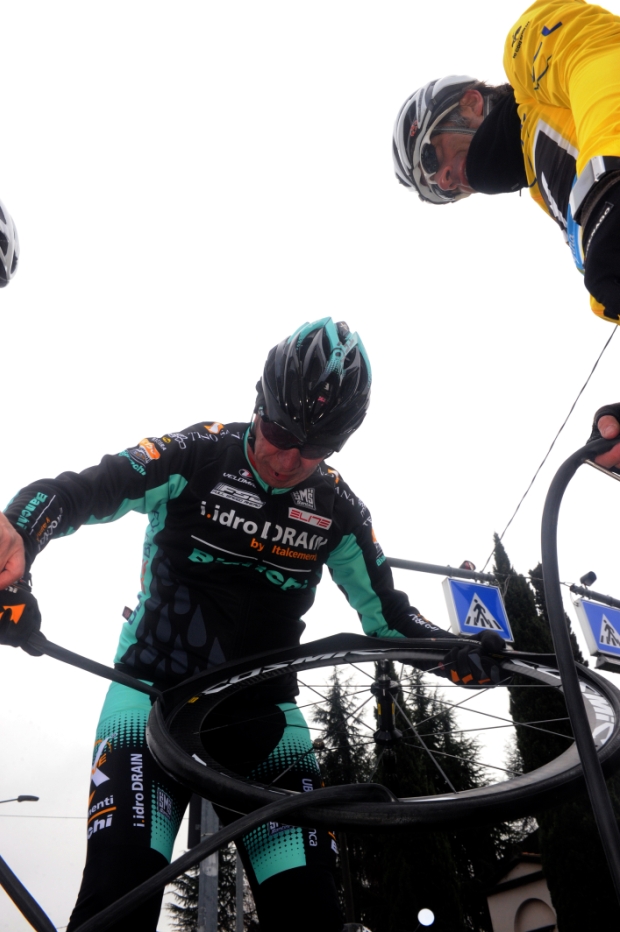 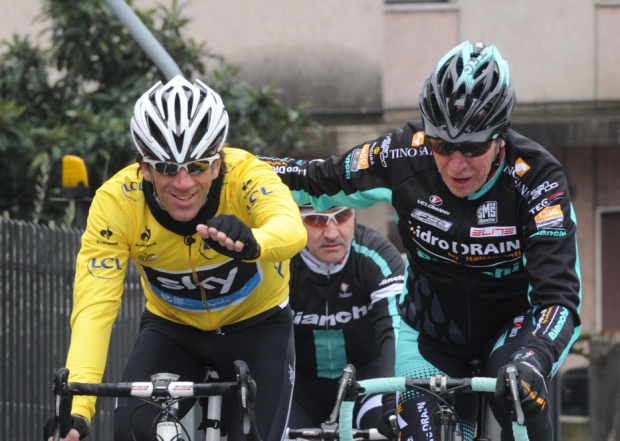 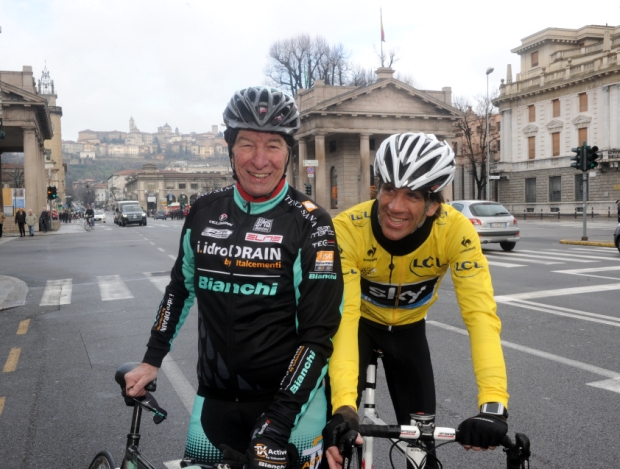