Alberto Contador is the natural pick for an overall goos result and the loyal and powerful climber, Chris Anker Sørensen will be in the role of the supporting rider. He is looking forward to seeing if the winter training bears fruit.

“I’ve been riding mostly on my own this winter even though there are a lot of other riders and teammates in the neighborhood in Lucca. With two small kids, I get up early and I’m ready to ride before the other guys get up. That also makes me a little bit anxious whether I’ve been training hard enough but I’ve been doing a lot of interval training and we’ll see in Algarve if it’s been adequate. I’m primarily in the race to support Alberto (Contador). For once I haven’t been stressed out about getting in shape early because my goals are in the late spring”, Sørensen says.

“Well, besides Algarve, I’ll be doing Paris-Nice in a supporting role and I’m targeting peak shape in late April for the Ardennes Classics and May for the Giro d’Italia. These are my main targets this spring. Of course, I’ll also be helping Rafal (Majka) for the GC but I have my mind set on a specific Giro mountain stage near my hometown of Lucca but I guess there a more opportunities for me during the Giro.”

Is there any chance we’ll see you in the Tour de France?

“With peak shape in April and May, it’s going to be difficult to be at my absolute best in July as well so I’m not expecting a spot in the Tour line-up. We have a very strong team this year and it doesn’t make it easier to get in the mix.”

What are the chances for the team to win the Tour de France?

“They are pretty good. As I said before, the team is very strong and the team was very strong last year and perhaps even better than Sky but Froome was just invincible at the time. If Alberto is stronger this year, only time can tell.”

“That would be the Giro in 2008. It was raining and it was freezing throughout the entire three weeks of racing and the stages were each up to 250 kilometers. If it hadn’t been for the fantastic company of my teammates, I think I would have abandoned the race, which clearly underlines the importance of team spirit. Besides, some riders in the pack that year were riding amazingly fast and as a new pro, it felt quite intimidating.”

Will you be riding any races in Denmark in 2014?

“Well, not according to plan. It’s been a while since I did the Tour of Denmark and I’d love to do it again but I think it collides with the team’s plans to send me to Tour of Poland in the same period of time”, Sørensen concludes. 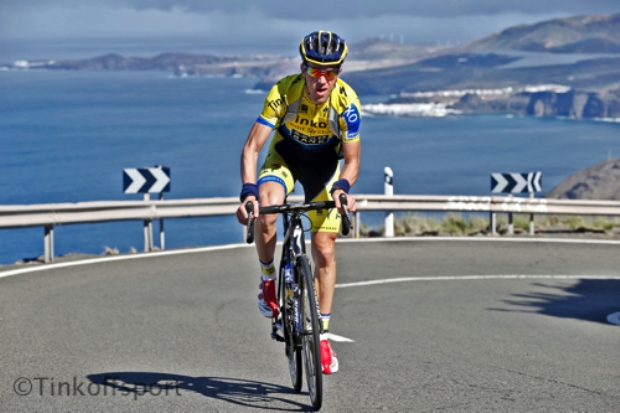