Tour de France overall leader, Chris Froome and his Sky teammate, Geraint Thomas made these statements on the first rest day. Froome looking forward to the days ahead and Thomas discusses his feelings of leaving the French Grand Tour.

CHRIS FROOME:
Yesterday’s stage
It was definitely a mix of emotions. Coming to the finish I was obviously grateful to get there in yellow and to pick up a few bonus seconds on the finish line – extending my lead to Fabio Aru and my other main rivals. But in the same breath it was a day full of incident, first of all with Geraint Thomas going down off the Col de la Biche and breaking his collarbone.

It’s a massive blow to the team. Not only was Geraint sitting second on GC going into the rest day, but he’s also a key helper for me in the mountains when the race is really on. We’re definitely going to miss him in the next half of the race, but obviously first and foremost we’re all just thinking of G and hoping he heals up quick.

Obviously there was also the incident out on the road where I had a mechanical on the Mont du Chat. It was clear to me I had to change bikes straight away and it appeared that Fabio Aru accelerated at that moment. I think certainly in the peloton there’s a bit of an unwritten rule that when the race leader has some kind of an issue that prevents him from racing, then the group doesn’t take advantage of a situation like that. So I’m really grateful to them for sitting up and easing the pace for a few moments while I was able to change the bike and get back. I think Richie was instrumental in that so, again, thank you to Richie for that.

Once I got back to the group I think the very next hairpin we went round I lost my balance a little bit and swerved to the right. Aru happened to be on my right and he had to swerve as well. It was a genuine mistake and I think Fabio was the first to recognise that. I apologised straight away on the road as soon as it happened. Any suggestion that it was on purpose is just crazy – first of all it’s not anything I would ever do, and I was already on my spare bike, so to risk putting my derailleur into Aru’s front wheel – it’s just crazy. I wouldn’t risk that at all.

Richie Porte
The images of Richie’s crash were just absolutely horrific. I only saw them at the podium area and it just left me stunned.

I got in touch with Richie after the race. He’s pretty badly injured with a fractured pelvis, collarbone and concussion, I think, but at the same time I’m just thankful it wasn’t more serious because it really did look awful.

When something like that happens it does put bike racing into context. We’re all putting everything on the line, but when you see a friend getting badly hurt in that way it reminds you of what is really important. I know myself and the whole team wish him a quick recovery.

Next week
The weekend has been a really tough block for everyone and will have taken its toll, so we’ll all really be soaking up this rest day. Certainly the next two days for the GC riders will be on mainly flatter roads and should be controlled by the sprinters’ teams. I’m looking ahead to the next week of racing. I think even though we’re a man down now I think the team is in great spirits and we’re in a good position to defend the Yellow Jersey. 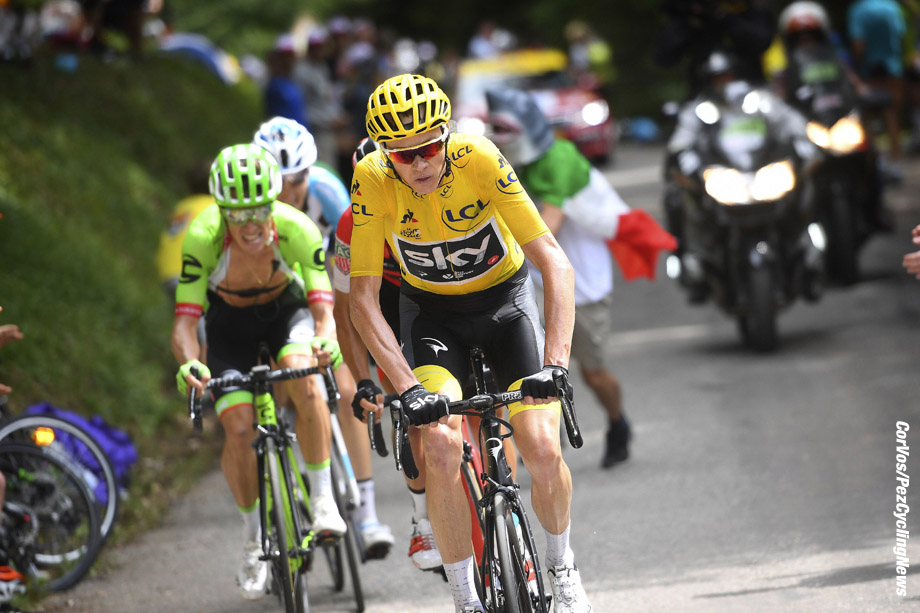 GERAINT THOMAS:
It still hasn’t really sunk in. I’m sure it will be like the Giro and when I get home is when it really hits home so to speak. When you start seeing results and getting the Team Sky text messages through about who has done what on the stage. The show goes on pretty quickly. So I think it will hit me tomorrow and in a few days’ time.

At the moment it’s more just the devastation of leaving the Tour – but obviously you’ve got to remember and savour the good times because they are rare in this sport. For sure in a week or so or once the Tour is over I’ll look back on those good bits. But for the moment it’s still pretty raw.

It’s all learning I guess and it’s given me the confidence in the training I’ve been doing. All that hard work has got me into the position to do well. I didn’t fully reap the benefits of it but I can still take a lot from that.

I’m going to see a specialist on Tuesday and get it operated on this week. I’ll have a week off and then I should be back on the turbo trainer. I’m in no massive rush to get back anyway. We’ll decide what the programme will be in a week or so’s time once the dust has settled. 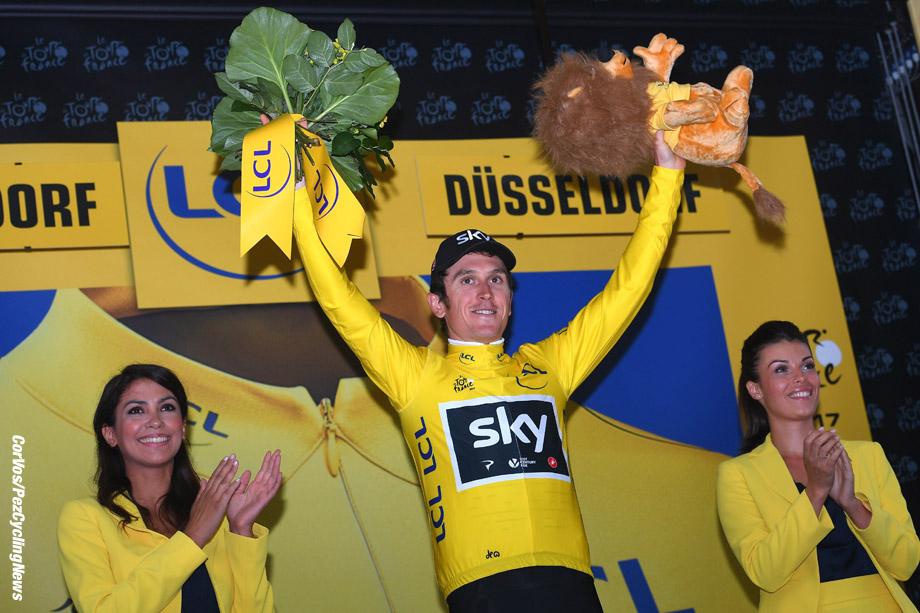