Today the Sidi company received a visit from the King of the 2017 Tour and Vuelta & 2018 Giro.

Chris Froome made a stop at Sidi. This afternoon the British champion from Team Sky paid a visit to Dino and Rosella Signori at Sidi’s general headquarters. The company based in Maser, Treviso has always supplied shoes for Chris Froome, who has achieved all the most important successes in his career with Sidi. On this occasion Chris Froome wanted to hand deliver the Maglia Rosa from the 2018 Giro d’Italia to Dino Signori in person, with a special dedication to his friends at Sidi. 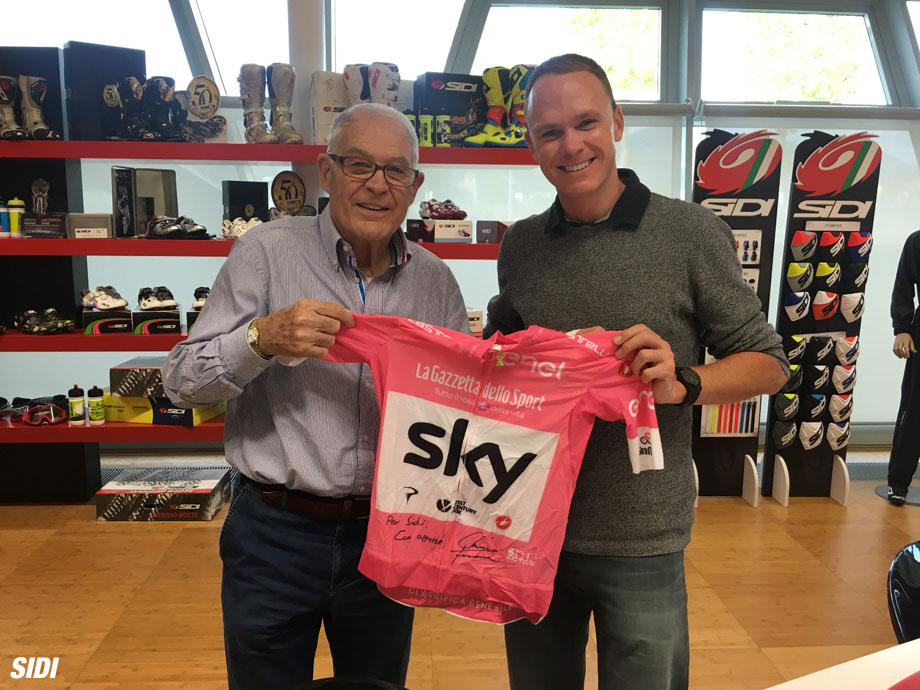 The 2018 season has come to an end, but for top riders like Froome it is already time to start planning for 2019, even from a technical stand point and in terms of materials; feet, and the shoes they wear, are essential assets, especially for those who ride at this level. 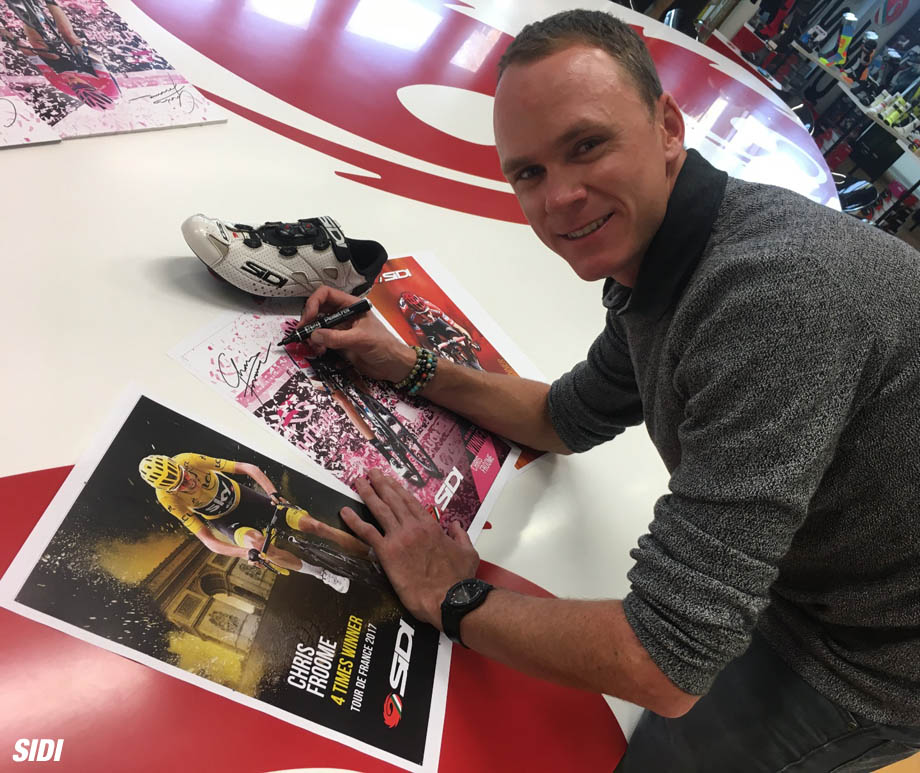 4 Tour de France, 1 Giro d’Italia and 1 Vuelta Espana. A total of 11 times on the podium in the three Grand Tours. Chris Froome has a truly enviable portfolio in the Grand Tours. He and Nibali, both stars on the greater Sidi team, are the only currently active riders who have won all three Grand Tours. Only seven riders in the history of cycling have managed to pull off such an impressive feat. The two of them are joined in this “exclusive club” by: Jacques Anquetil, Felice Gimondi, Eddy Merckx, Bernard Hinault and Alberto Contador. Furthermore, Froome, like Merckx and Hinault, managed to capture the three Grand Tours consecutively in the arc of two seasons: he took the Tour and the Vuelta in 2017 and triumphed in the Giro in 2018. 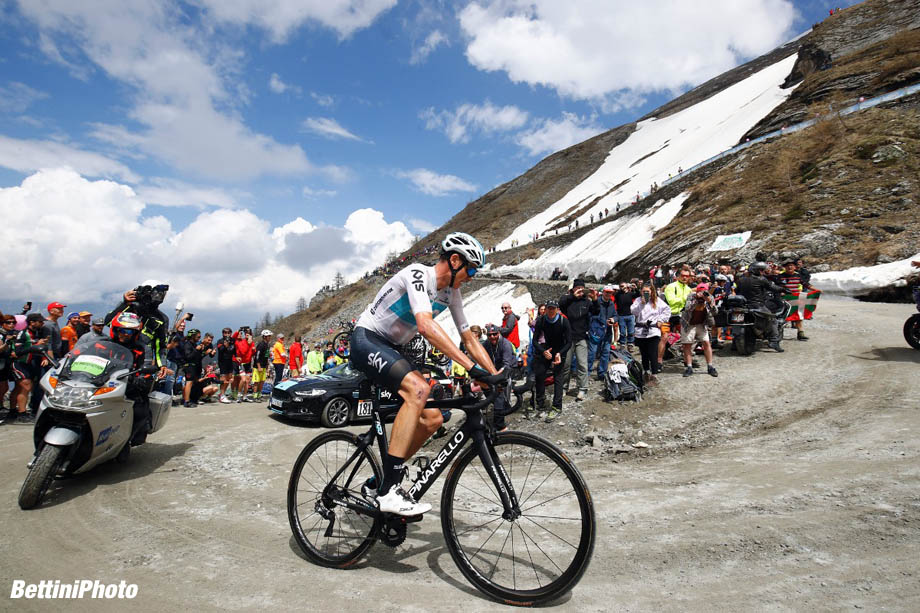 Chris Froome had paid a visit to Sidi before beginning his adventure in the Giro d’Italia where, as all enthusiasts will not soon forget, the Brit wrote one of the best pages in the book of his career. In the 19th stage, Venaria Reale-Bardonecchia, when it looked like all was lost, Froome bravely staged a solo attack with more than 80 km to go to the finish line, on the off road climb up the Colle delle Finestre. He went on to claim the stage victory and the maglia rosa, which he wore all the way to the final podium in Rome. 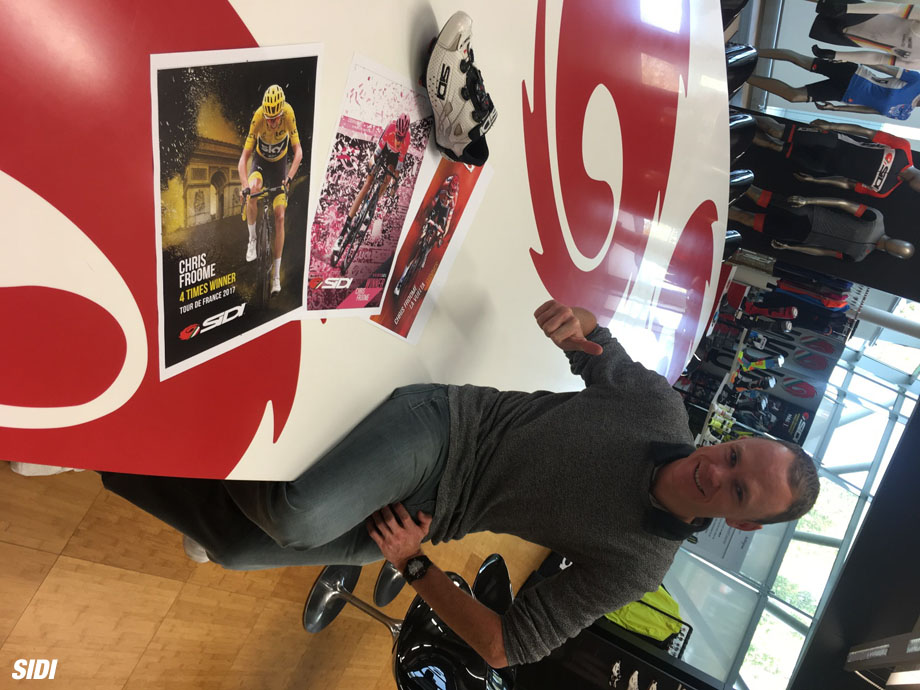 “It meant a lot to me to deliver this jersey to Dino Signori, because here at Sidi I’ve found real people who always make me feel like they’ve got my back, not just in their capacity as a technical sponsor but also as avid fans. Now we’re waiting to find out about the routes for the next editions of the Giro and Tour, which will be unveiled in the next few days, and then the team and I will plan our next season,” says Chris Froome. 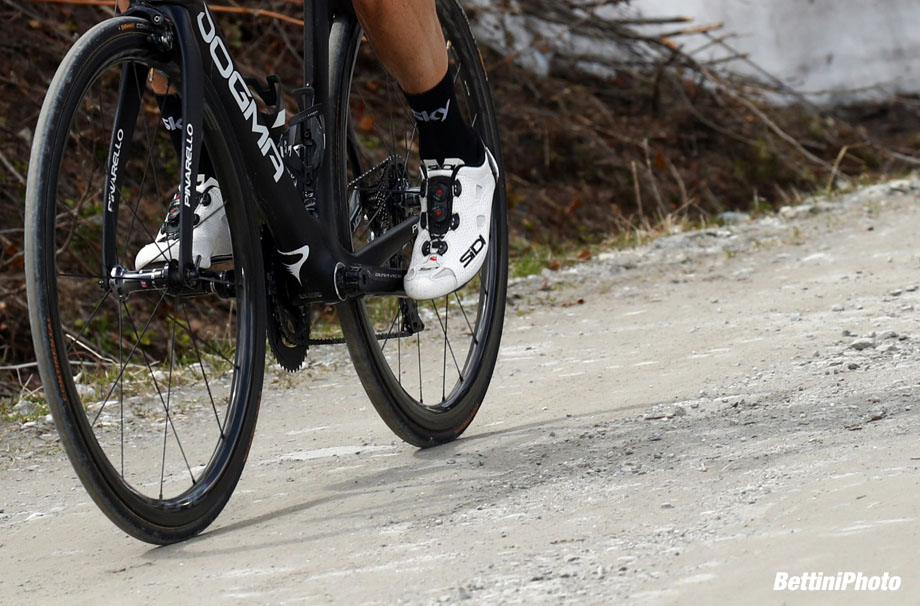 “I’d like to thank Chris for this lovely gift. For bicycle lovers the Maglia Rosa has always held a special appeal. Modern cycling has changed, but I still believe that to win you also need to have the courage to go for it. At the Giro, with that great action, Froome was able to reinvent himself on the Colle delle Finestre. He really inspired me, and I can assure you that it’s not something that happens very often,” says Dino Signori, owner of Sidi. 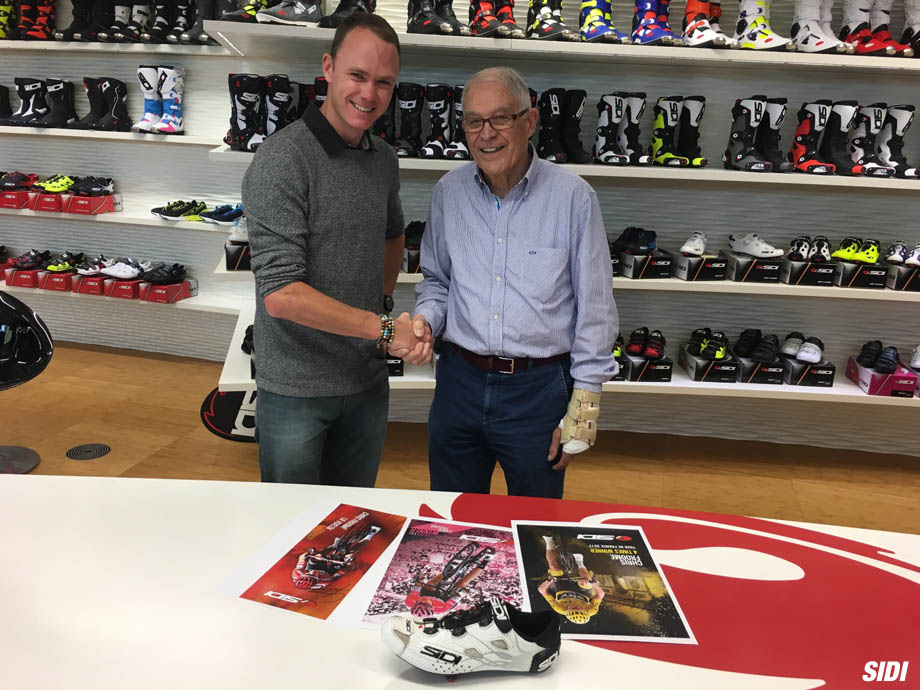