Chris Juul-Jensen: “It’s simply a matter of being in top shape”

On Sunday, the elite in cycling embarks on one of the biggest and perhaps most prestigious one-day showdowns of the season – the World Championships – this year in Ponferrada, Spain. The Danish national team has six riders starting, all of them from Tinkoff-Saxo. Christopher Juul-Jensen is a part of the squad and already in Ponferrada getting ready for the first Elite World Championships Road Race of his career.

“We’re all from the same team racing and training together all the time. So we know each other well and we know how to ride together. It’s a difficult circuit but the race can develop in many different directions so that’s why it’s important to react to the race situation as a team”, says Juul-Jensen after his mid-week 160 k training ride with teammate Michael Valgren.

Chris Juul-Jensen has represented his country on U23-level before but on Sunday he’ll be making his first appearance in the Elite Men’s Road Race. The 25-year old Dane tells that he sees his selection as a sign of a good season.

“It’s a huge honor to represent my country. When I participated on the U23 team, I watched the pros, and suddenly I’m one of them. It’s great to get selected and I think it shows that I’ve had a solid and pretty consistent season. Now I hope to get some productive days of training to polish the shape ahead of Sunday. Steven de Jongh is managing my training, and I feel that we’ve planned my preparations well”, Christopher adds.

None of the six Tinkoff-Saxo riders on the Danish squad is considered a favorite to take the win, but the team is, according to Juul-Jensen, capable of being present in the finale.

“It can turn into a race for the likes of Degenkolb and Gerrans or a race for punchy climbers such as Valverde or Rodriguez. It all depends on when the favorites make a move and how high the pace will be. But we might get a chance to open up the race with attacks in the final part. Otherwise we’ll hang on as long as possible and see what happens”, says Juul-Jensen and continues:

“In a 255 k race it’s simply a matter of being in top shape. I will have a free role on Sunday, but we will adjust our strategy during the race if one of us has a super day”. 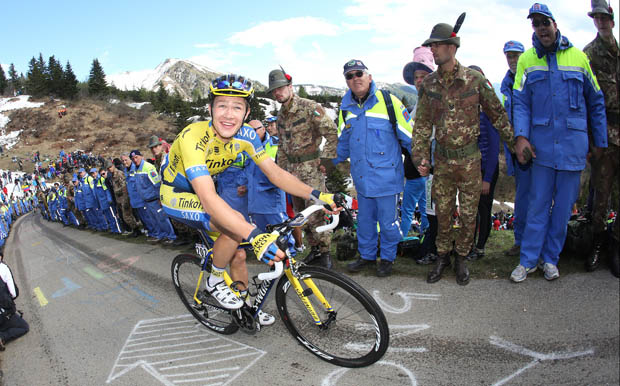